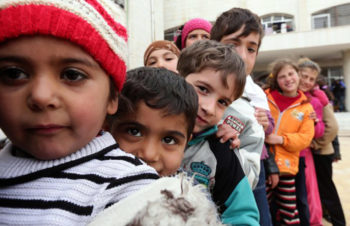 One in three Syrian children, born after the conflict began, have never known a life without war, insecurity or displacement. A new report reveals Syria has the second-largest number of internally displaced people in the world, due to conflict and violence. / Louai Beshara, AFP