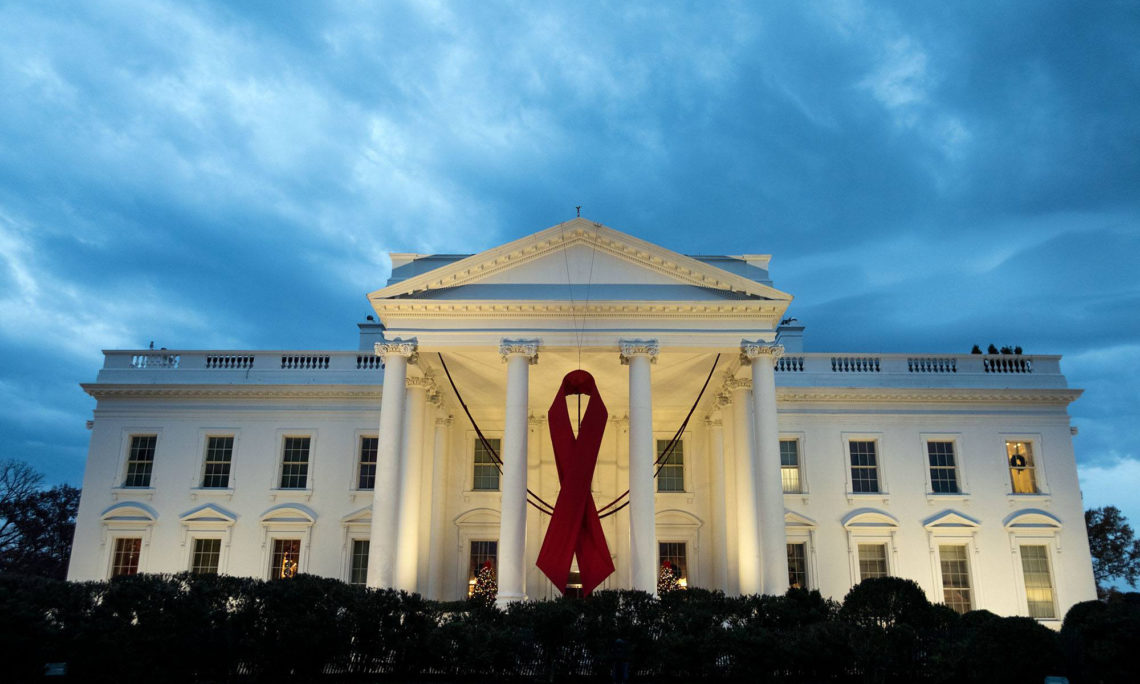 AIDS Ribbon on the White House marks World AIDS Day, December 1, 2016. White House photo by Chuck Kennedy “Here and around the world, over 18 million people are receiving the treatment and care they need. Millions of infections have been prevented. What once seemed like an impossible dream—the dream

Thirty-five years ago the first documented cases of AIDS brought about an era of uncertainty, fear, and discrimination. HIV/AIDS has taken tens of millions of lives — and far too many people with HIV have struggled to get the care, treatment, and compassion they deserve. But in the decades since those first cases, with ingenuity, leadership, research, and historic investments in evidence-based practices, we have begun to move toward an era of resilience and hope — and we are closer than ever to reaching an AIDS-free generation. On World AIDS Day, we join with the international community to remember those we have lost too soon, reflect on the tremendous progress we have made in battling this disease, and carry forward our fight against HIV/AIDS.