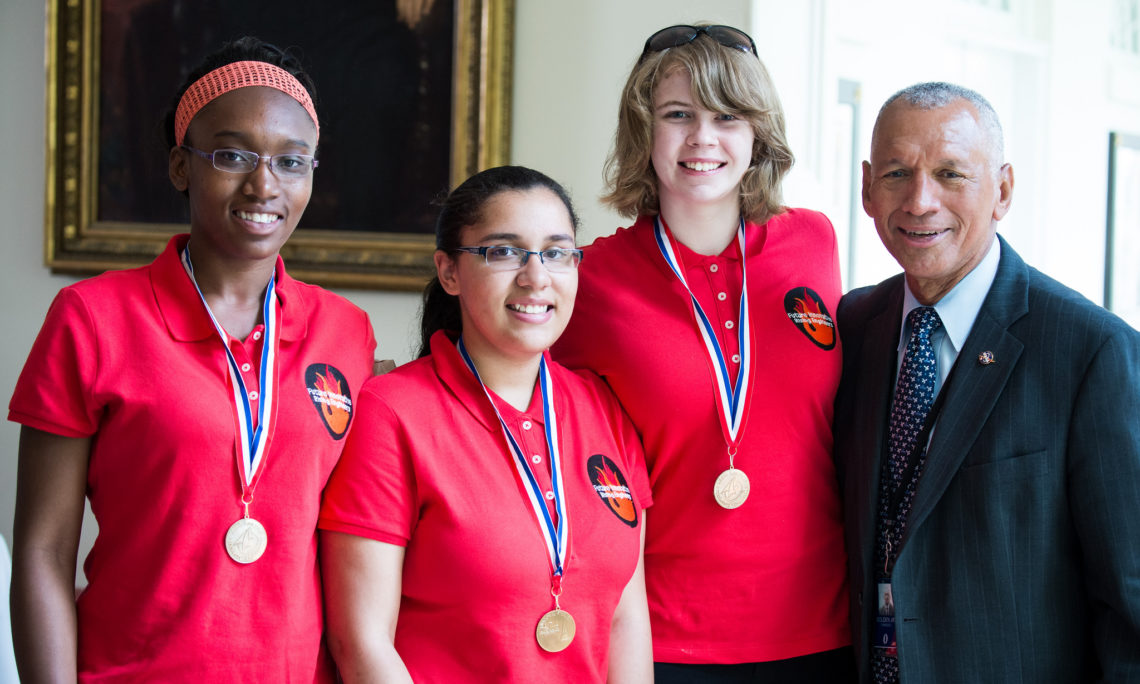 “One of the things that I really strongly believe in is that we need to have more girls interested in math, science, and engineering. We’ve got half the population that is way underrepresented in those fields and that means that we’ve got a whole bunch of talent…not being encouraged the way they need to.” – President Barack Obama, February 2013.

March is Women’s History Month, and the U.S. Embassy in Canada is proud to showcase advancements in women’s history with a poster show on the Embassy gates highlighting female groundbreakers in Science, Technology, Engineering, and Math (STEM) — past, present and future.

Science and technology efforts across the Administration are led by a number of talented women. Environmental Protection Agency Administrator Gina McCarthy, National Oceanic and Atmospheric Administration Administrator Dr. Kathryn Sullivan, and the Director of the Defense Advanced Research Projects Agency, Dr. Arati Prabhakar, are among the many female federal scientists who stand out as exemplary sources of inspiration to girls and women across the nation.

President Obama began the tradition of hosting White House Science Fairs in 2009 when he launched his Educate to Innovate campaign to inspire more girls and boys to excel in STEM subjects. As the President has noted, “If you win the NCAA championship, you come to the White House. Well, if you’re a young person and you produce the best experiment or design, the best hardware or software, you ought to be recognized for that achievement, too.”

“The United States continues to work with governments, organizations and individuals around the world to protect and advance the rights of women and girls. After all, just like in our own country, the world’s most pressing economic, social and political problems simply cannot be solved without the full participation of women.” – Secretary Kerry, March 2013.