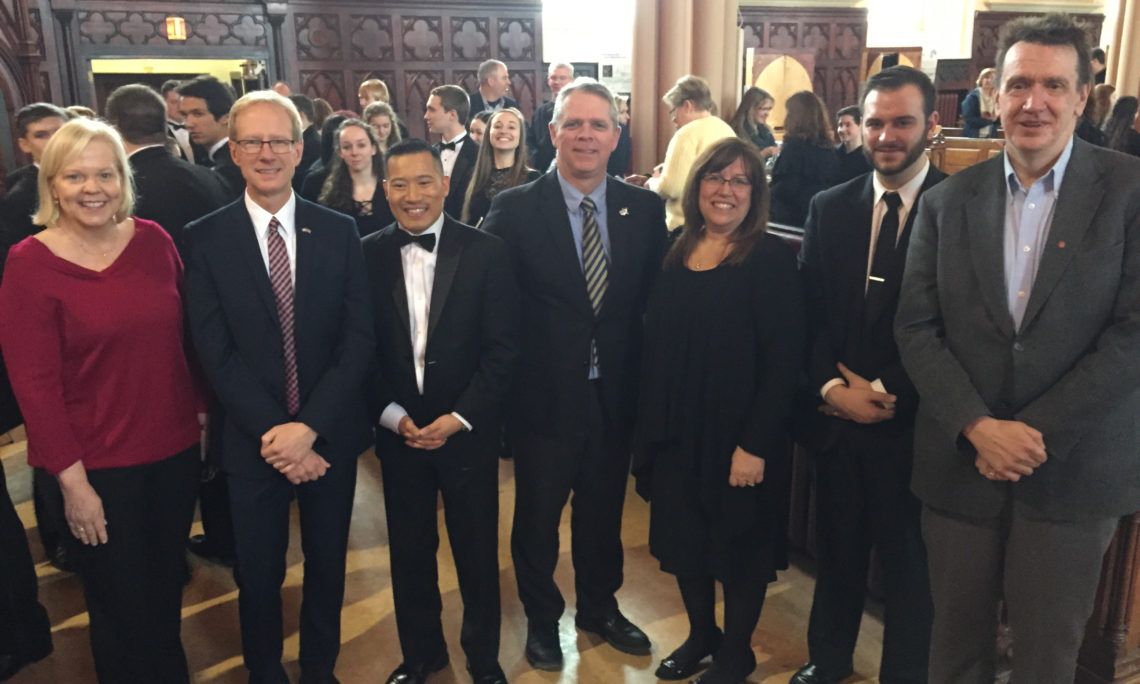 Consul General VanKoughnett attends a performance by the band and choir of Windham High School. Credit US Consulate Quebec City.

Consul General and Mrs. VanKoughnett attended a performance by the band and choir of Windham High School students from New Hampshire who were touring Quebec City and Montreal the first week of April 2016. They performed selections from Bach, Rimsky-Korsakov, Mozart, and many other classical and popular songs. A wonderful treat to have them in Quebec.

Last year, the school’s music educator, Jared Cassedy, has been announced as the recipient of the second annual Music Educator Award presented by the Recording Academy and the GRAMMY Foundation.

During the event, CG and Mrs. VanKoughnett exchanged with the music directors, school administrators and their concert band and choir.