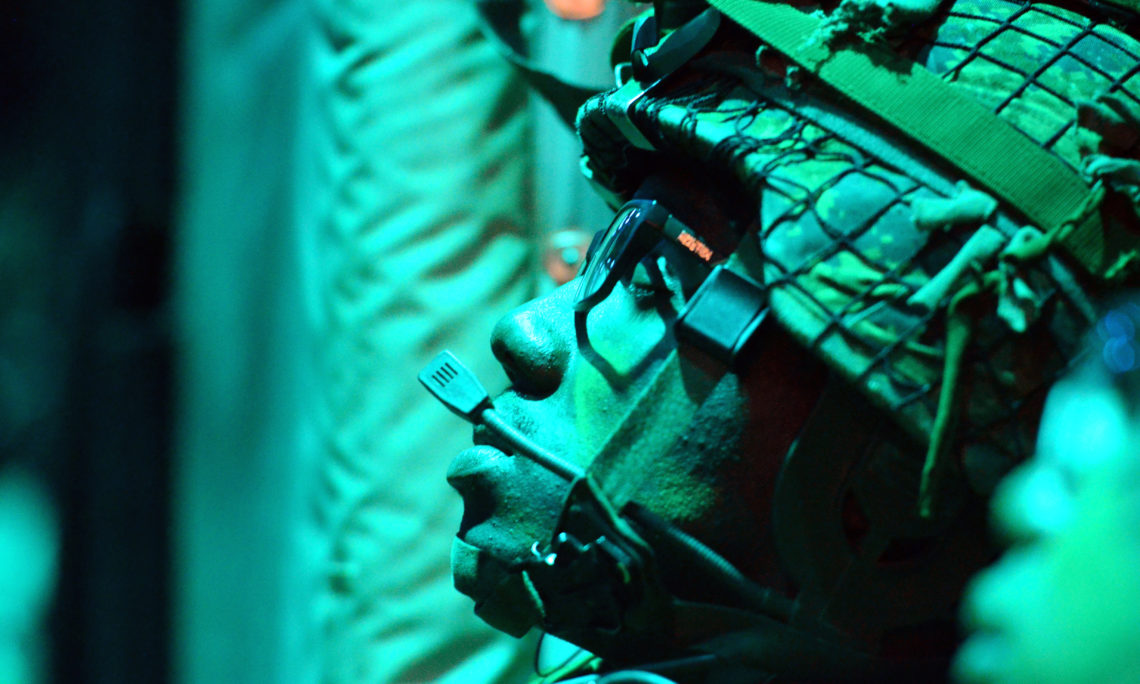 A Soldier with 3rd Battalion Princess Patricia’s Canadian Light Infantry rests aboard a C-130 aircraft on its way to Canadian Forces Base Cold Lake, where 3rd Battalion Soldiers will board American helicopters and assault nearby enemy positions throughout the night as part of Exercise Maple Resolve,

Just what is Maple Resolve and why does it matter? In the immediate sense, it is a giant gathering of coalition forces. Over 6,000 Canadian troops, 1,200 American Soldiers, and approximately 150 members of the British military have all rendezvoused at a small camp named Wainwright. There they will have the opportunity hone their fighting skills by confronting conventional and hybrid threats in a joint, integrated, multinational environment. This year the exercise will last from May 23 to June 6.

In the grand scheme, Maple Resolve strengthens the bonds between these three allies and provides a glimpse into the future of military conflict. Wars of the future will continue to involve the collaboration of multiple nations – no one fights alone anymore.