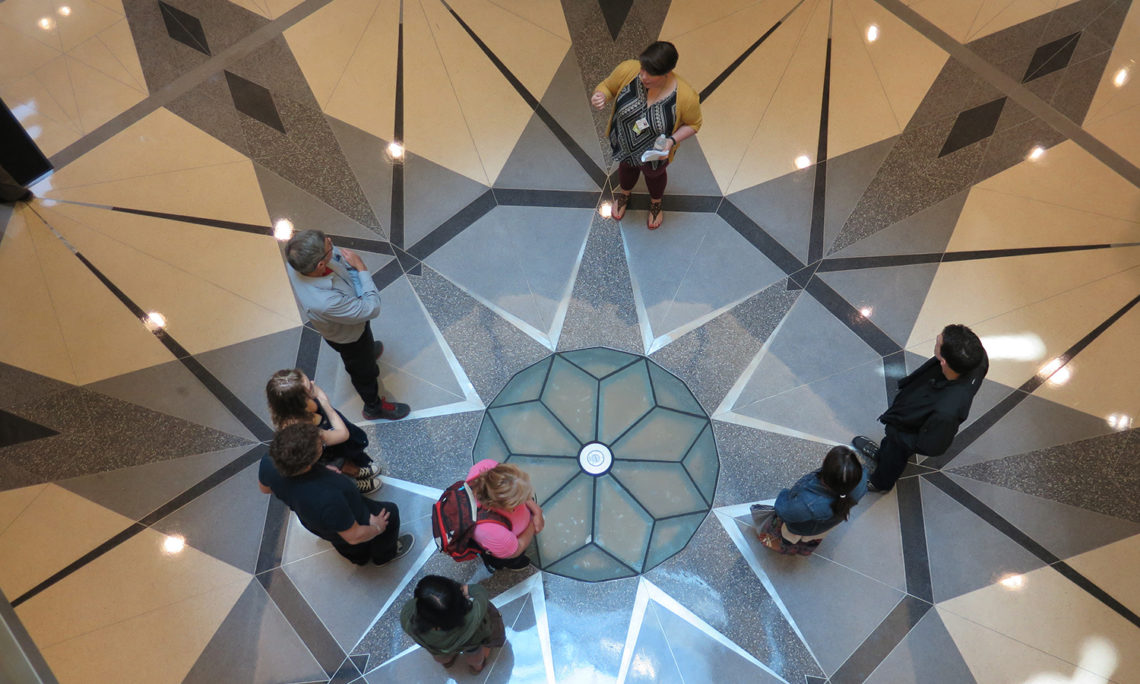 A tour group in the Embassy atrium at Doors Open Ottawa 2015.

For the sixth consecutive year, the United States Embassy in Ottawa was pleased to open its doors to the public as part of Doors Open Ottawa.

Welcoming visitors in his office, Ambassador Bruce Heyman personally greeted approximately 600 people to the June 6 event, answering questions from visitors about life as an Ambassador and quizzing tour-goers about the U.S.-Canada relationship. Correct answers earned a prize, such as commemorative Embassy hockey pucks and M&Ms, and Hershey’s Kisses in a package emblazoned with the Seal of the President of the United States. Visitors also met the Embassy’s Deputy Chief of Mission, Richard Sanders, and watched an introductory video welcoming tour-goers to the Embassy and giving overviews of both the building’s history and the U.S.-Canada relationship. Along the way, tour guides highlighted works of art that came to the Embassy from the Department of State’s Art in Embassies Program, the Foundation for Art and Preservation in Embassies (FAPE), and Fulbright Canada.

Doors Open Ottawa is part of Doors Open Ontario, a province-wide initiative designed to help the general public learn more about the province’s cultural heritage. The Embassy has participated in the annual event since 2010. For more information on Doors Open Ottawa, please visit ottawa.ca.