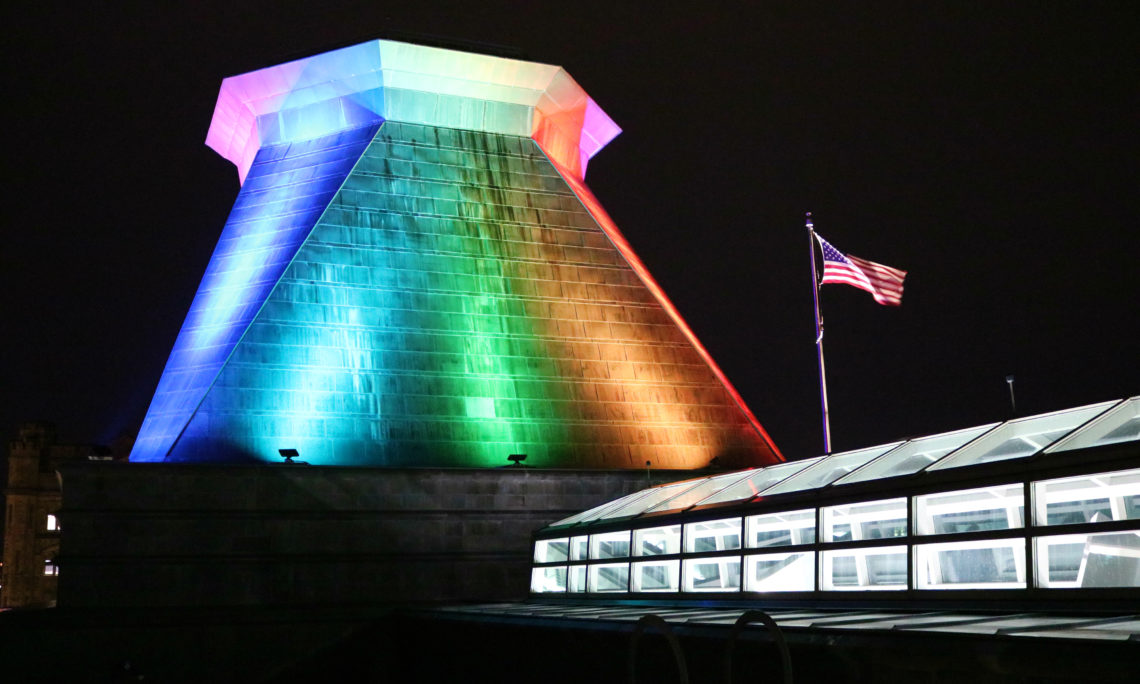 Sunshine and high spirits were out in full force this weekend as Ottawa Capital Pride came to a close with the annual Pride Parade. U.S. Embassy Ottawa staff joined other diplomatic missions to Canada, as well as more than one hundred businesses, community groups, and public service organizations to march in one of the most colorful events of the year.

The Embassy kicked off Ottawa Capital Pride Week by flying a large rainbow Pride flag on the MacKenzie Avenue façade of the building and lighting up the top of the Embassy with Pride colors each evening.

As Secretary of State Rex Tillerson stated during Pride Month, the Department of State believes that when all persons are protected on the basis of equality and with dignity, global stability is strengthened. We will continue to support the human rights of LGBTI persons together with like-minded governments, businesses, and civil society organizations globally.

In June, in collaboration with the Canadian Centre for Gender and Sexual Diversity (CCGSD), the U.S. Embassy provided grant funding to bring two American speakers to Canada to celebrate Pride Month.

American journalist, author, editor and publisher Allen Young received a Role Model Award at the CCGSD’s International Day Against Homophobia and Transphobia (IDAHOT) gala, where he was a guest speaker. He also gave several presentations at Toronto schools, and attended a breakfast with Toronto Mayor John Tory and other local leaders.

Sheila Isong, Director of Domestic Programs at The Victory Institute, was in Ottawa for Pride Month, where she attended CCGSD’s SHIFT LGBTQ+ Politicians’ Summit and LGBTQ+ Service Providers’ Summit on June 8. Sheila delivered one of the keynote presentations, and discussed the work she does at The Victory Institute – a U.S. organization that works to get more LGBTI representation in elected office.  During her time in Ottawa, Sheila also spoke at schools, two businesses, and two non-profits.