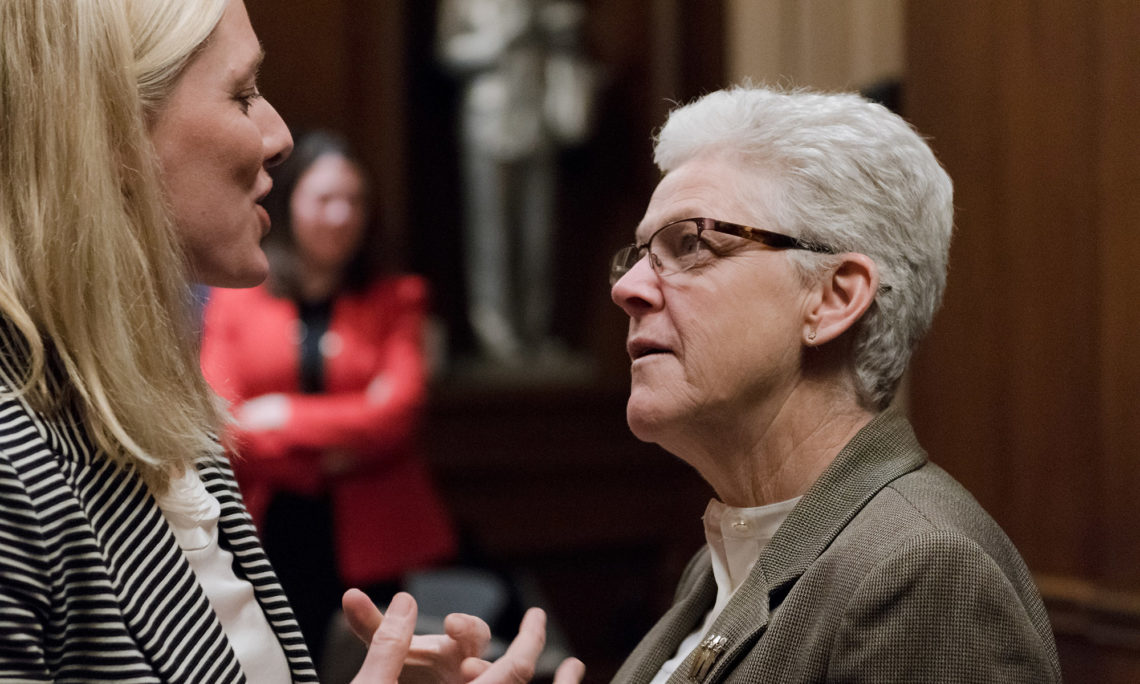 U.S. Environmental Protection Agency Administrator Gina McCarthy and Canada’s Environment and Climate Change Minister Catherine McKenna today announced that Canada and the U.S. have adopted targets to reduce phosphorus entering affected areas of Lake Erie by 40 percent. The targets announced today will minimize the extent of low oxygen “dead zones” in the central basin of Lake Erie; maintain algae growth at a level consistent with healthy aquatic ecosystems; and maintain algae biomass at levels that do not produce toxins that pose a threat to human or ecosystem health.

Through the Great Lakes Water Quality Agreement, Canada and the United States committed in 2012 to combat the growing threat of toxic and nuisance algae development in Lake Erie, and agreed to develop updated binational phosphorus reduction targets for Lake Erie by February 2016. The 40 percent reduction targets are based on 2008 loading levels. Canada and the United States have committed to develop domestic action plans, by no later than February 2018, to help meet the new targets.

“To protect public health, we must restore the Great Lakes for all those who depend on them,” said Gina McCarthy, Administrator, United States Environmental Protection Agency. “The first step in our urgent work together to protect Lake Erie from toxic algae, harmful algal blooms, and other effects of nutrient runoff, is to establish these important phosphorus limits. But, establishing these targets is not the end of our work together. We are already taking action to meet them.”

The Honourable Catherine McKenna, Minister of Environment and Climate Change said, “Canada recognizes the urgency and magnitude of the threat to Lake Erie water quality and ecosystem health posed by toxic and nuisance algal blooms. By establishing these targets, we strengthen our resolve to work with our American neighbours, and Canadian and U.S. stakeholders who share these waters, to protect the tremendous natural resource that is Lake Erie.”

Algae occur naturally in freshwater systems. They are essential to the aquatic food web and healthy ecosystems. However, too much algae, linked to high amounts of phosphorus, can lead to conditions that can harm human health and the environment. Since the 1990s, Lake Erie has seen an increase in algal growth that has compromised water quality and threatens the Lake Erie region’s recreation-intensive economy. The targets were developed after extensive public input from a diversity of sectors.