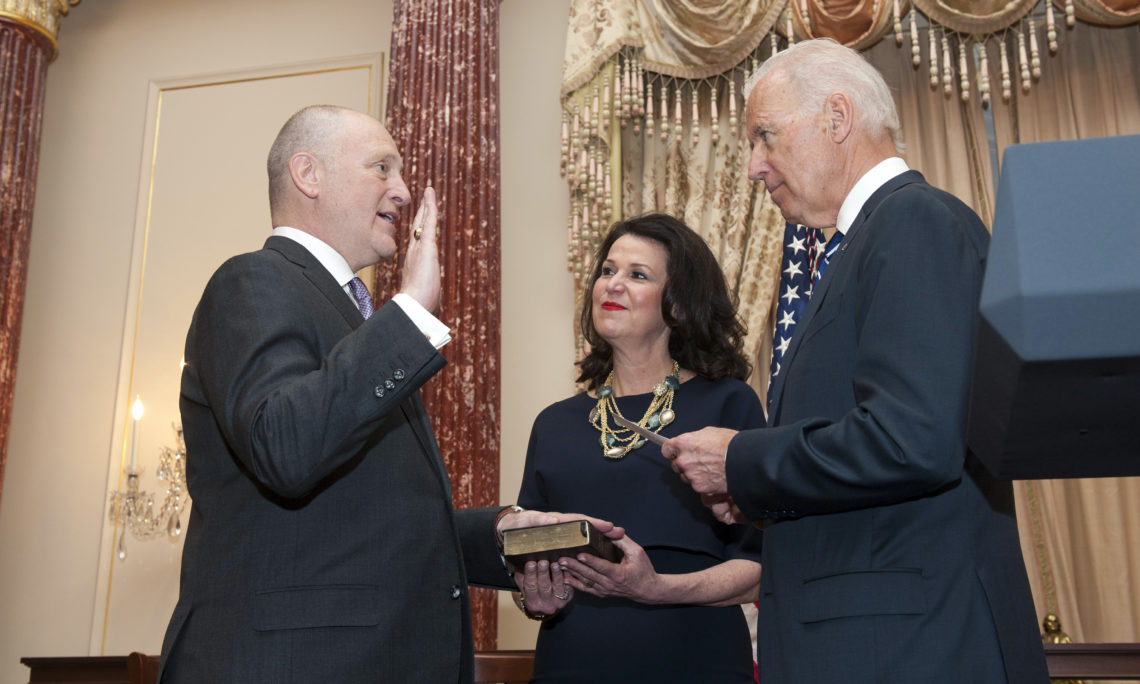 Vice President Joe Biden swears in Bruce Heyman as the U.S. Ambassador to Canada at the U.S. Department of State in Washington, D.C., on March 26, 2014. [State Department photo/ Public Domain]

U.S. Ambassador to Canada Bruce A. Heyman issued the following statement regarding the Vice President’s visit to Canada:

“I am pleased to announce that on December 8 and 9, Vice President Biden will visit Ottawa where he will participate in bilateral meetings with Prime Minister Justin Trudeau to discuss the strong partnership between the United States and Canada. He will also speak with Canada’s First Ministers on a range of bilateral and global issues.”