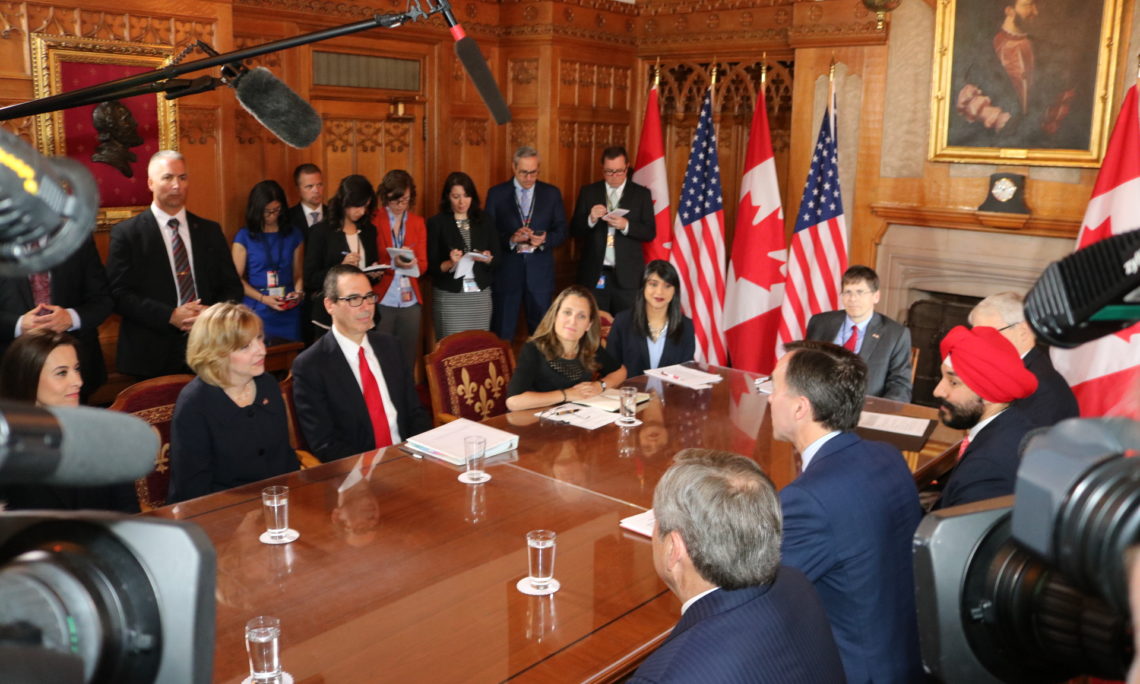 United States Treasury Secretary Steven Mnuchin met with his Canadian counterpart Finance Minister Bill Morneau and a number of Canadian Ministers and parliamentarians today, on his first visit to Canada as Secretary.

In a roundtable discussion, the group discussed a range of economic issues of mutual interest to both countries, including the millions of middle class jobs on both sides of the border that depend on fair, free and open trade between our two countries.

Ministers and Secretary Mnuchin pledged to continue working together and to keep lines of communication open to enhance collaboration and discussion on all shared priorities, including the upcoming negotiations on the North American Free Trade Agreement, maintaining the security of our shared border, enhancing our trade corridors, investing in infrastructure, the importance of trade in our mutually-beneficial services sector, strengthening anti-money laundering and anti-terrorist financing regimes, and addressing issues related to cyber security.

The group committed to promoting a business-friendly environment that allows industries in both countries to prosper, and discussed the ongoing need to empower women entrepreneurs to ensure a diverse and thriving economy.

Minister Morneau and Secretary Mnuchin look forward to continuing the discussion at a bilateral meeting later today, as well as at the upcoming G20 Summit in Hamburg, Germany.