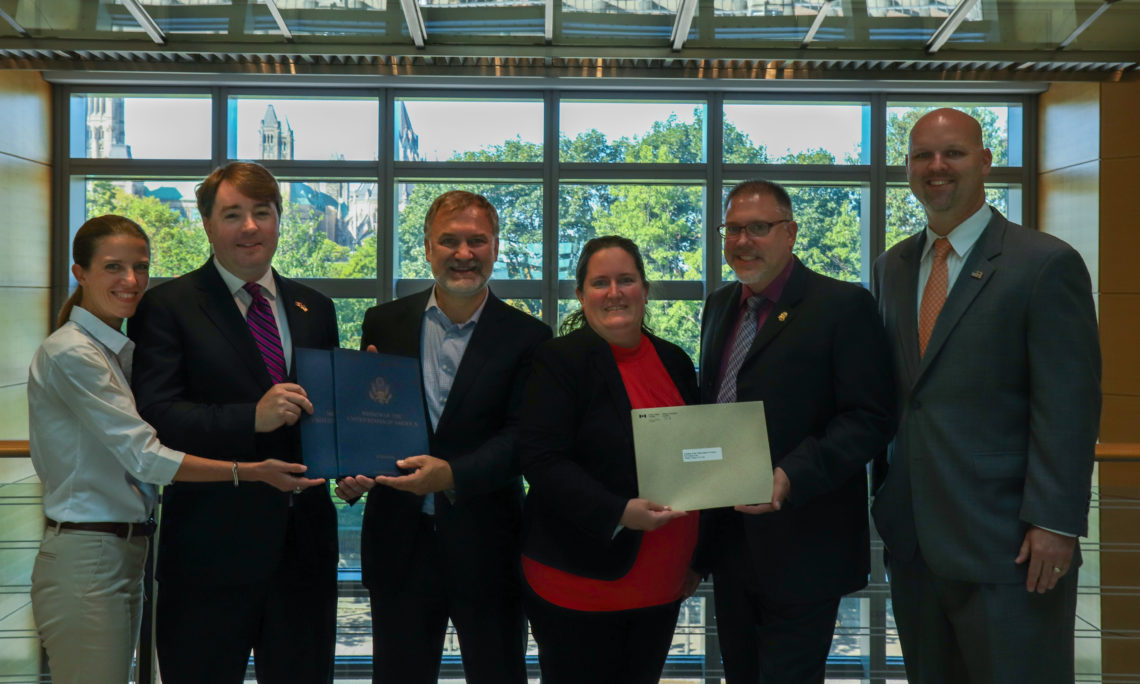 WASHINGTON, D.C. – The U.S. Department of Homeland Security announced today, in partnership with the Public Safety and Emergency Preparedness Canada, the implementation of an agreement to improve mutual security and expedite lawful travel through preclearance for travelers and their accompanying baggage on certain transports. The collaboration is articulated in the Agreement on Land, Rail, Marine, and Air (LRMA) Transport Preclearance between the Government of the United States of America and the Government of Canada, which supersedes the previous 2001 U.S.-Canada Agreement on Air Transport Preclearance, and expands upon the two countries’ partnership.

Preclearance is the process by which officers stationed abroad inspect and make admissibility decisions about travelers and their accompanying baggage before they leave a foreign port, simultaneously increasing efficiency and security. The LRMA provides the legal framework and reciprocal authorities necessary for U.S. Customs and Border Protection (CBP) and the Canada Border Services Agency to carry out security, facilitation, and inspection processes in the other country.

“Preclearance strengthens economic competitiveness and mutual security, and benefits travelers by expediting their clearance into the U.S. before they ever leave Canada,” said Acting Secretary Kevin K. McAleenan. “This agreement provides the opportunity for CBP to build on six decades of successful operations and, for the first time, to conduct full preclearance in the rail, ferry, and cruise ship environments. This achievement is important for the Department’s security objectives and is another example of just how close the U.S. – Canada relationship stands.”

CBP currently conducts preclearance operations at eight Canadian airports: Calgary, Edmonton, Halifax, Montreal, Ottawa, Toronto, Vancouver, and Winnipeg. CBP officers also conduct immigration pre-inspection at multiple locations in British Columbia in the rail and marine modes; these locations will have the opportunity to convert to full preclearance, per the terms of the Agreement.

“The new Canada–U.S. Preclearance Agreement is now in force, creating new opportunities in all modes of transportation in both Canada and the United States,” said the Honourable Ralph Goodale, Minister of Public Safety and Emergency Preparedness. “Expanding preclearance makes travel faster and bolsters trade, while better protecting our rights.”

As the Agreement is fully reciprocal, in addition to the potential expansion of CBP preclearance operations in Canada, the Agreement permits Canada to pursue preclearance operations in the United States. This agreement also enables exploration of co-location at small and remote ports of entry and includes additional tools and authorities to help enforce immigration, customs, and agriculture laws, facilitate lawful travel, and ensure officer protection and accountability.

The LRMA was signed by the U.S. Secretary of Homeland Security and Canadian Minister of Public Safety and Emergency Preparedness on March 16, 2015, fulfilling a commitment of the Beyond the Border Action Plan (Beyond the Border Action Plan). The U.S. Congress passed the necessary supporting legislation in December 2016 and Canada’s Parliament did so in December 2017. Canada published their required implementing regulations in June 2019, paving the way for entry into force following an exchange of Diplomatic Notes today.