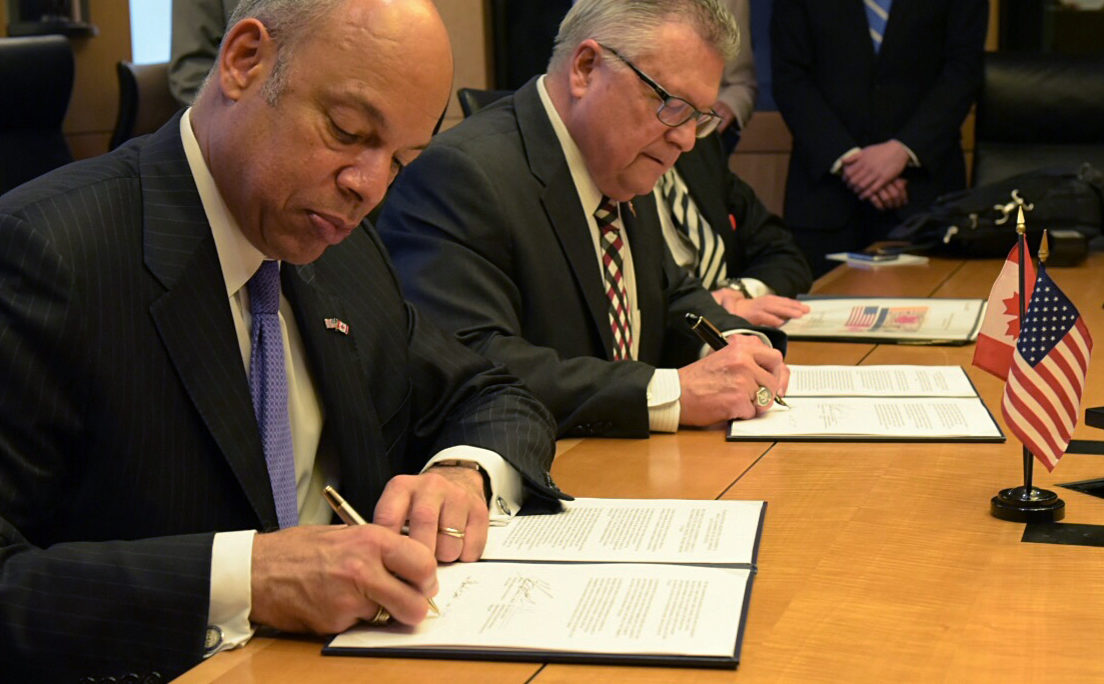 Canada and the United States intend to further strengthen our relationship and enhance our mutual security, prosperity, and economic competitiveness. To that end, we are pursuing a comprehensive approach to preclearance. Preclearance strengthens economic competitiveness by expediting the flow of legitimate travel and trade while ensuring perimeter security and border integrity.

Canada and the United States signed the Agreement on Land, Rail, Marine, and Air Transport Preclearance on March 16, 2015. On March 10, 2016, our two countries announced our intention to support the legislation necessary to bring that Agreement into force. In the United States, the necessary provisions were introduced in the Promoting Travel, Commerce, and National Security Act of 2016 (S. 2612/H.R. 4657), introduced on March 1, 2016. The Government of Canada intends to introduce the necessary legislation in the Spring of 2016.

In addition, we have agreed in principle to expand preclearance to the following sites: Billy Bishop Toronto City Airport, Québec City Jean Lesage International Airport, Montreal Central Station, and Rocky Mountaineer rail. We intend for such expansion to occur after the new Agreement enters into force and for such expansion to be contingent upon each site meeting all terms and conditions of that Agreement, including recovery of costs for the deployment of U.S. Customs and Border Protection (CBP) officers at new preclearance locations in Canada.

Over the next 90 days, Canada and the United States intend to convene the Preclearance Consultative Group (PCG) to discuss implementation issues at these locations and the potential for expansion to other sites in both of our countries over the medium to long term. We also intend for the PCG to  explore the terms and conditions necessary to pursue cargo pre-inspection and/or cargo preclearance pilot sites in the future.

Preclearance is the process by which officers stationed abroad inspect and make admissibility decisions about travelers and their accompanying goods or baggage before they leave a foreign port. Officers retain the authority to inspect travelers and their accompanying goods or baggage upon arrival, and the Agreement is fully reciprocal. Our shared intention to expand preclearance locations reaffirms our continuing commitment to these economic and security goals and exemplifies the robust partnership between the United States and Canada.