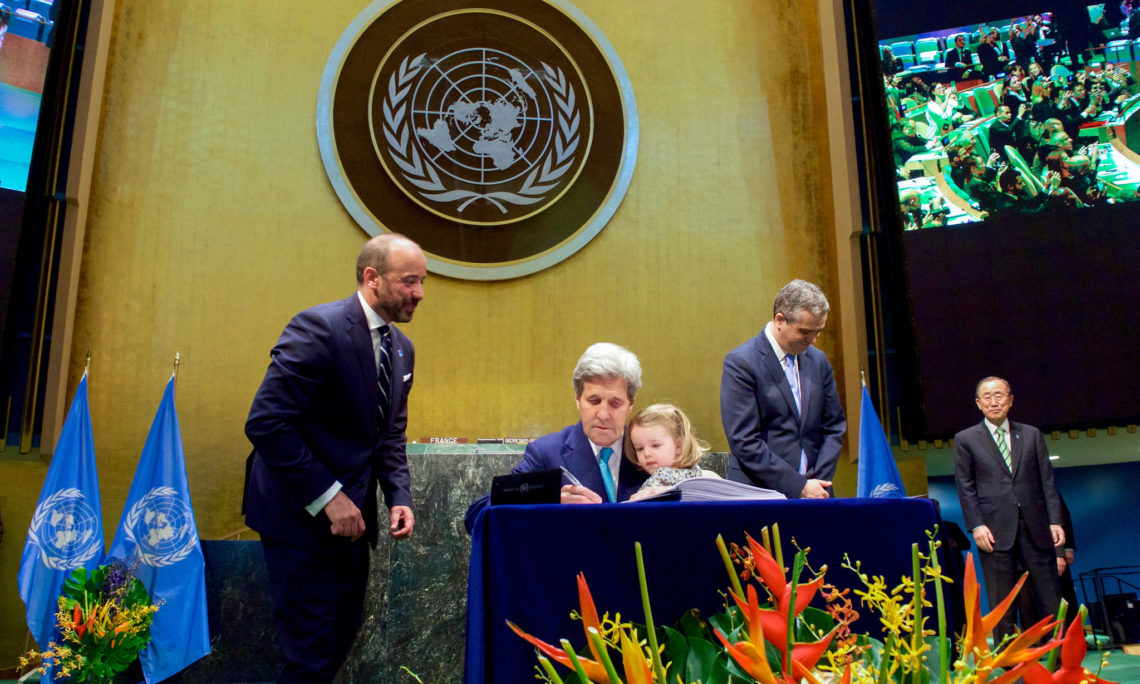 U.S. Secretary of State John Kerry, with his two-year-old granddaughter Isabelle Dobbs-Higginson on his lap and United Nations Secretary-General Ban ki-Moon looking on, signs the COP21 Climate Change Agreement on behalf of the United States during a ceremony on Earth Day, April 22, 2016, at the U.N.

Paris marked the moment when the world finally decided to heed the ever-rising mountain of evidence that had been piling up for years. It marked the moment that we put to rest once and for all the debate over whether climate change is real — and began instead to galvanize our focus on how, as a global community, we are going to address the irrefutable reality that nature is changing at an increasingly rapid pace due to our own choices.

Read Secretary Kerry’s remarks at the United Nations Signing Ceremony of the Paris Agreement on Climate Change on state.gov!