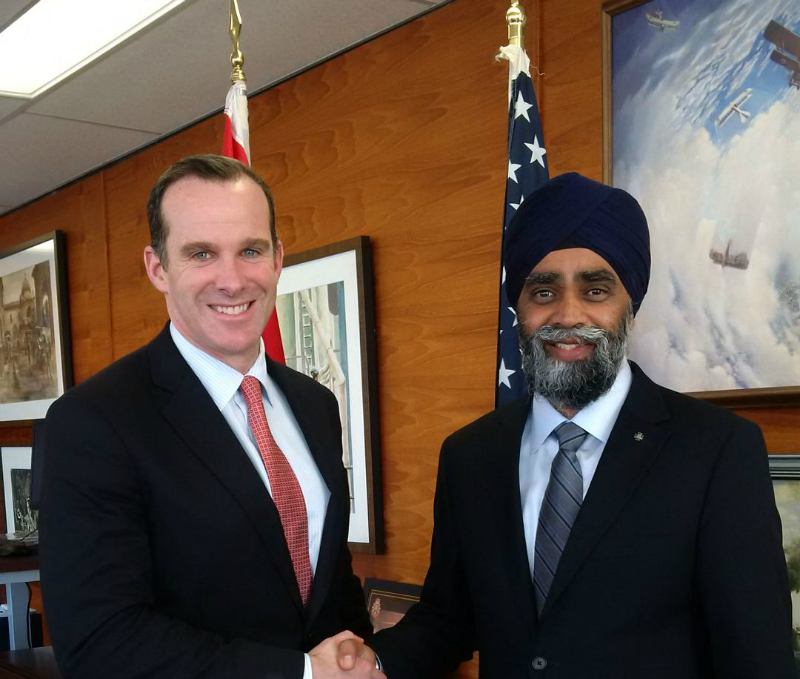 U.S. Special Presidential Envoy Brett McGurk visited Ottawa today for a series of high-level meetings with Canadian officials including Foreign Minister Stéphane Dion, Defense Minister Harjit Sajjan, and Chief of Defense Staff General Jonathan Vance. Mr. McGurk expressed appreciation for Canada’s continuing and significant contributions in the fight against Da’esh as a founding member of the Global Coalition, and highlighted the importance of sustained coordination and engagement as the Coalition prepares to support operations to liberate the Da’esh strongholds of Mosul and Raqqa. Mr. McGurk emphasized the importance of information sharing to stay ahead of the threats to our homelands, and praised the close coordination between our law enforcement communities that have led to arrests and breaking up Da’esh inspired plots, such as the attempted terrorist attack near Toronto by Aaron Driver. He further thanked Canada for its significant contribution to humanitarian and stabilization efforts to help ensure that the defeat of Da’esh in Iraq and Syria is a lasting defeat.  Canada remains a key partner across all lines of effort in our global campaign against Dae’sh.