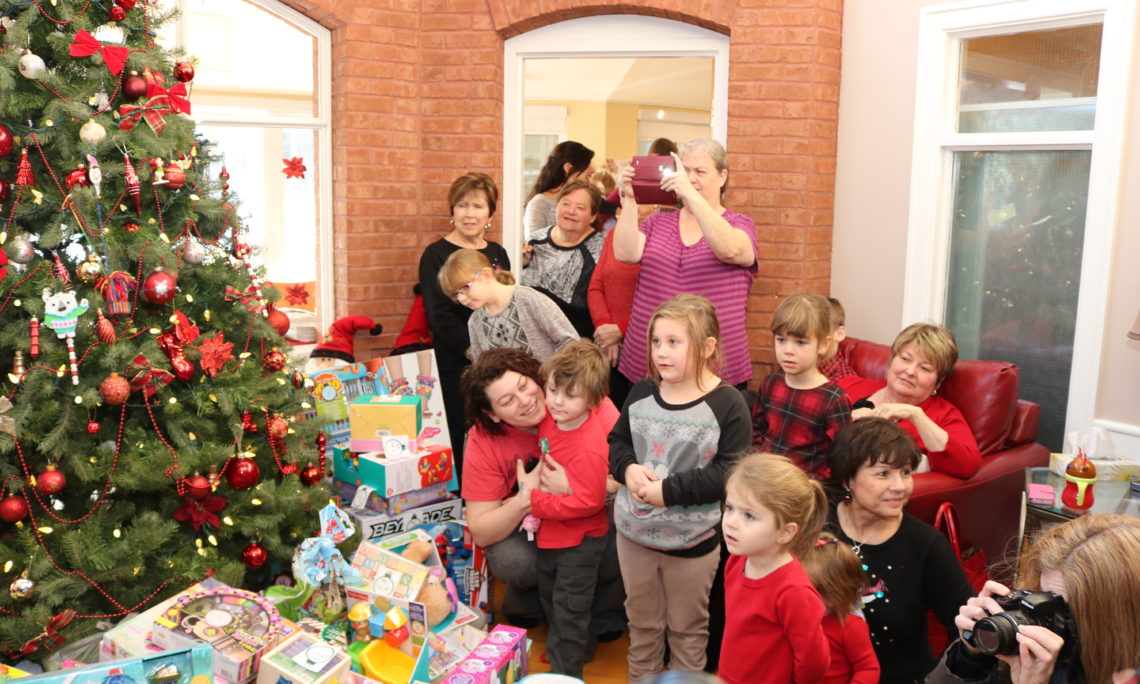 Christmas came early this year for more than a dozen families staying at Ronald McDonald House Ottawa – all thanks to the United States Marine Corps detachment and U.S. Navy personnel from the U.S. Embassy in Ottawa.

The Marines and sailors delivered more than 200 gifts this morning, with the help of U.S. Ambassador to Canada Bruce Heyman, CTV Ottawa’s Graham Richardson, and most importantly…SANTA CLAUS!

Before rushing to choose their presents, the children each had a turn to meet the jolly old man in the red suit.

This is the 10th year that the U.S. Embassy’s Marine Corps detachment has organized the Toys for Tots campaign in partnership with Ronald McDonald House Ottawa. Toys for Tots welcomes donations of new, unwrapped toys during November and December and delivers them to children as a message of hope and community during the holiday season.

Toys for Tots began in 1947 in Los Angeles, California, thanks to Colonel William L. Hendricks (USMC). The Marine Toys for Tots Foundation was created in 1991 as a permanent non-profit foundation, and was approved by U.S. Secretary of Defense as an official activity of the U.S. Marine Corps and an official mission of the Marine Corps Reserve in 1995.