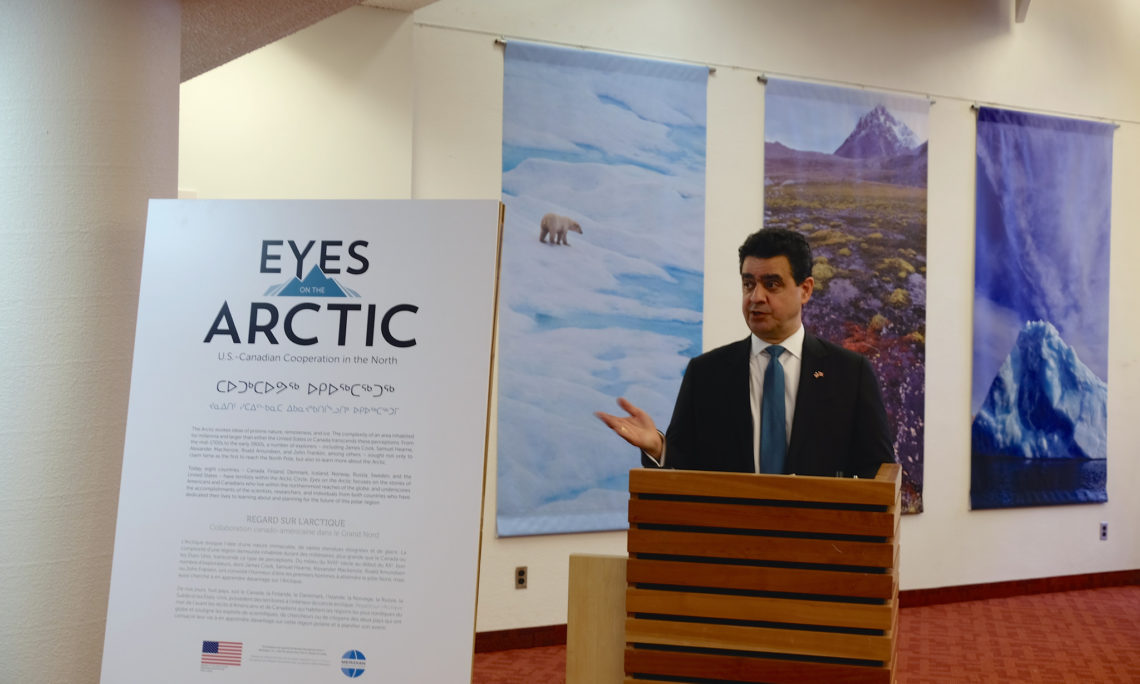 As Canada celebrates the 150th anniversary of Confederation, the U.S. Consulate General in Toronto presents two photographic exhibitions Northern Stars and Eyes on the Arctic.  The exhibitions are free and open to the general public.  The bilingual, multimedia displays showcase the historic relationship between the United States and Canada, our shared Arctic heritage, and U.S.-Canada cooperation in the Arctic.  The exhibits highlight intriguing stories involving the two countries and emphasize the important cultural connections they share.

The Eyes on the Arctic exhibit highlights U.S.-Canada relations in the Arctic. Telling both historic and modern stories of the Indigenous groups from the area, the photographs reveal their adaptability and means of sustenance.  The Toronto Reference Library is also sponsoring three accompanying talks by notable Canadian academic researchers and partnering with the Consulate to host a U.S. – Canada speakers’ series program.  The Eyes on the Arctic exhibit will be featured at the Toronto Public Library (789 Yonge Street, Toronto, ON M4W 2G8, 3rd floor) from March 9 to April 30, 2017. More information can also be found at: torontopubliclibrary.ca/Canada150.

The Northern Stars exhibit is dedicated to U.S. – Canada relations and is rooted in sound scholarship and composed of visual and textual documentation, including historical photographs.  The exhibition documents the range of bilateral relations such as historic state visits, the establishment of the Waterton International Peace Park, the resolution of the Iranian hostage crisis, and partnership in our space programs.  Visit the Northern Stars exhibit at Toronto City Hall’s Rotunda (100 Queen St W, Toronto, ON M5H 2N2) from April 18 to April 30, 2017.

In launching the Eyes on the Artic exhibition today, U.S. Consul General Juan A. Alsace said “As Canada celebrates its 150th anniversary, we have a moment to celebrate it with you and reflect our shared history and culture.  The U.S. and Canada are not just neighbors: our bilateral relationship is the most efficient, most integrated and most dynamic in the world. The exhibits highlight our 150 years of friendship and achievements.”