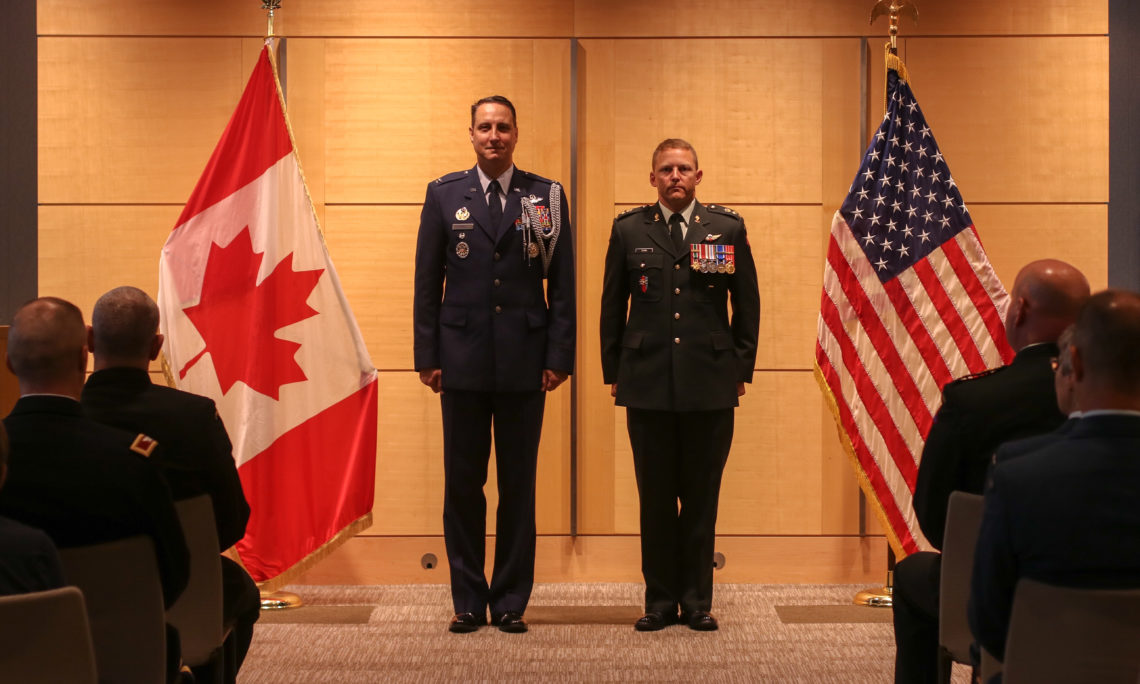 U.S. Embassy Ottawa was alive with the sounds of the historic United States Army Old Guard Fife and Drum Corps as we recognized thirteen Canadian Armed Forces (CAF) members for their significant contributions to U.S. military operations. From Baghdad to Colorado, these CAF members worked side-by-side their U.S. military counterparts while posted to a U.S. military unit or while serving in an operation under U.S. command.

Defense Attaché Colonel Bill Rowell presented medals to the officers and the United States Army Old Guard Fife and Drum Corps added a special musical component to the ceremony as they performed at the Embassy for the first time. The Corps performs at all armed forces arrival ceremonies for visiting dignitaries and heads of state at the White House, and has participated in every Presidential Inaugural Parade since 1961.