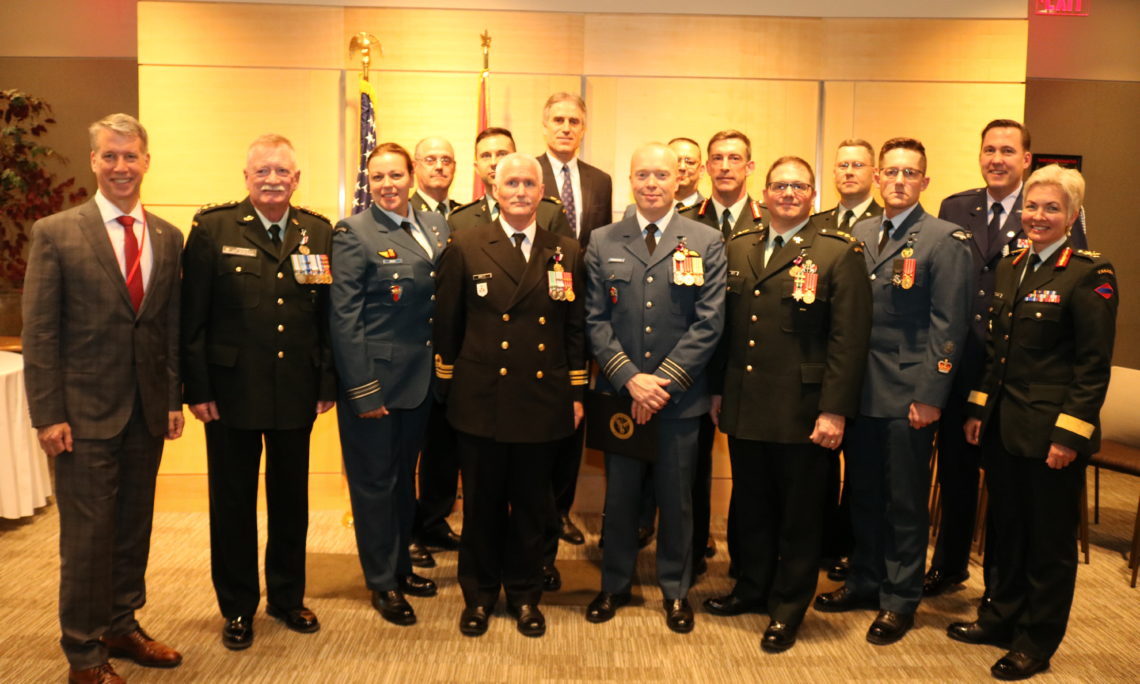 Acting Deputy Chief of Mission Stuart Dwyer presented medals to the officers, whose American commanders had been unable to present the medals before the Canadian officers departed their posts.

“The United States and Canada have one of the closest military relationships in the world,” said Acting Deputy Chief of Mission Dwyer. “Today, more than 700 Canadian Armed Forces members live and work in the United States.”

He added, “Several hundred U.S. military members work beside their counterparts in Canada.  They serve alongside each other in NORAD and various military commands in both countries, and in multinational coalitions and NATO operations in the Middle East and Europe.”

More than 70 distinguished guests attended the ceremony, including the Honorable Andrew Leslie, Member of Parliament and Parliamentary Secretary to the Minister of Foreign Affairs.