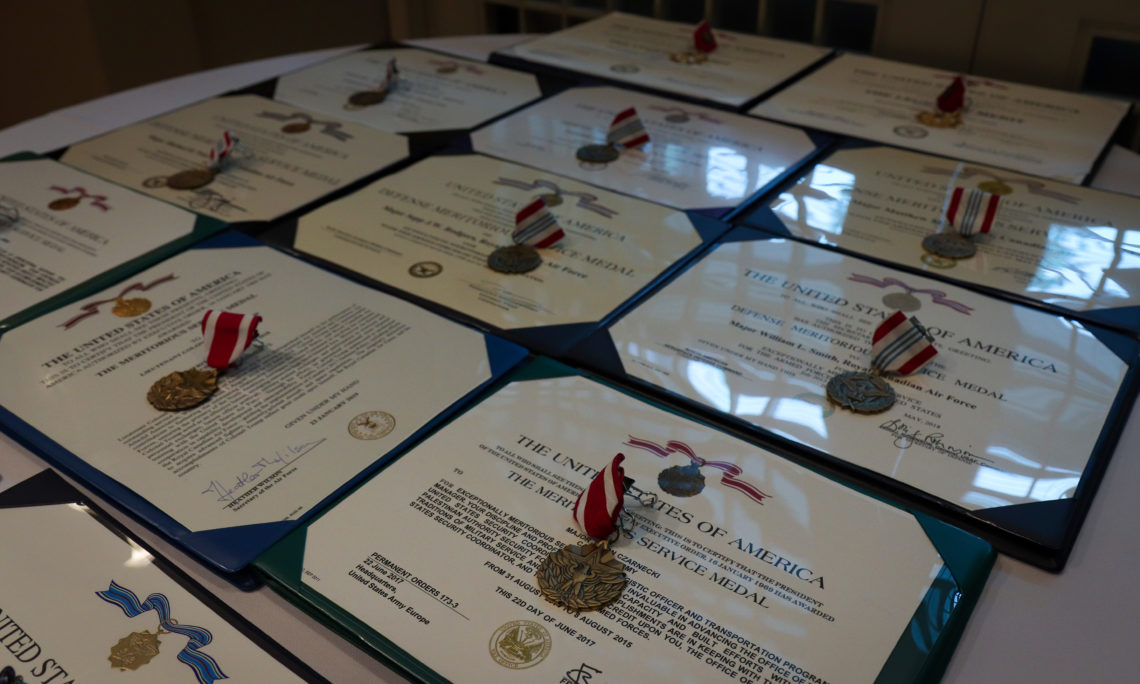 A vibrant performance by the Canadian Ceremonial Guard paved the way for the recognition of fourteen Canadian Armed Forces (CAF) members for their significant contributions to U.S. military operations. From patrolling the skies over Superbowl 51 to supporting the largest Army-led exercise in Alaska in more than 15 years, these CAF members worked side-by-side their U.S. military counterparts while posted to a U.S. military unit or while serving in an operation under U.S. command. Held annually, the awards ceremony highlights the Department of Defense’s great appreciation for Canada’s military contributions to our joint efforts around the globe, and epitomizes our countries’ long friendship and unbreakable alliance.

“Your service has greatly contributed to the defense of North America,”

Deputy Chief of Mission Rick Mills presented medals to the officers on behalf of the U.S. Mission to Canada and U.S. Department of Defense.

Distinctive in their scarlet uniforms and bearskin hats, the Ceremonial Guard entertained awardees and guests with a special performance. The Ceremonial Guard is comprised of soldiers from units across Canada who wear and adopt the customs and traditions of the original two Reserve Guards Regiments from Ottawa and Montreal. The Band of the Ceremonial Guard also performs in public concerts, at military functions and other ceremonies throughout Canada’s capital region.