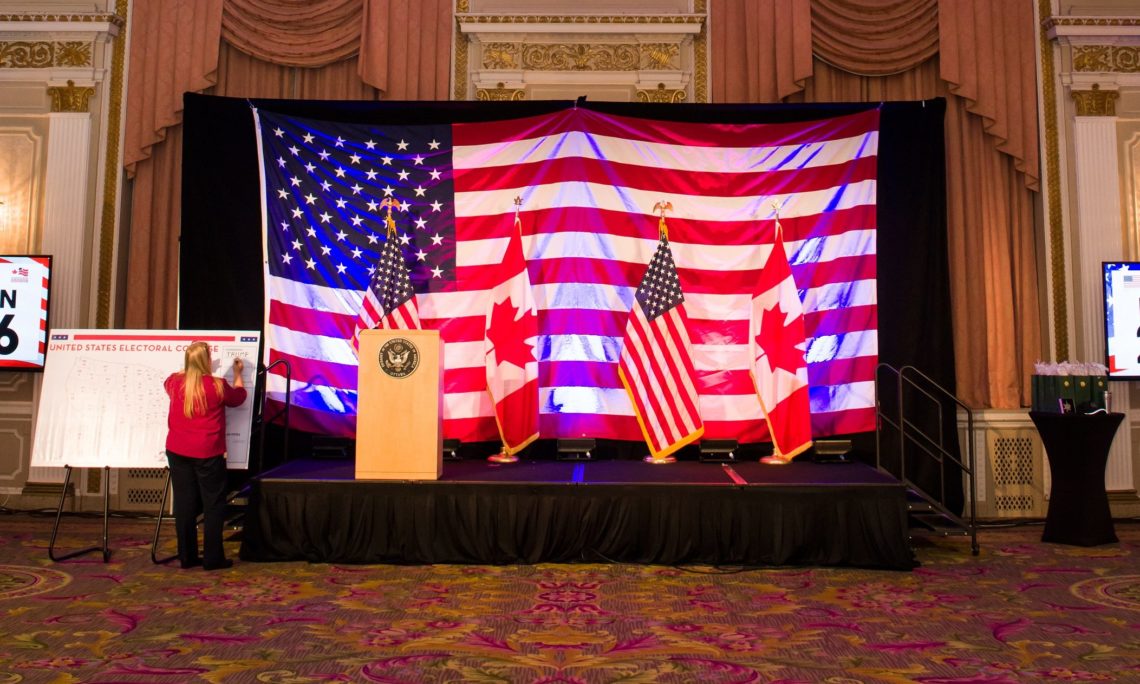 Trimmed in red, white, and blue, it was the perfect setting to witness Americans choose their next president.

Ambassador Heyman kicked off the evening by welcoming guests and thanking the American Chamber of Commerce in Canada for their partnership in hosting the event.

Mrs. Heyman then took the stage in her role as quizmaster for the first of three exhilarating rounds of Presidential Trivia that took place throughout the evening. Guests who provided correct answers were awarded small prizes with the Embassy logo.

As results came in at the top of each hour, guests gathered around large television screens to watch news coverage from major U.S. networks.

With each new piece of data, Embassy staff colored electoral maps in red and blue to help guests keep track of the results.

Throughout the entire night, two screens displayed social media feeds using the event’s hashtag so guests could glimpse comments from within and outside the event.

In between delivering remarks and watching results, Ambassador Heyman participated in dozens of interviews with Canadian journalists covering the election from Ottawa.

Meanwhile, across the country, U.S. Consulates celebrated the election by hosting their own events or attending others. In Halifax, for example, Consul General Giegerich donned his stars and stripes to welcome guests to their viewing event!

Overall, it was a fantastic night that knocked our socks off – a great chance for Americans and Canadians to celebrate democracy.