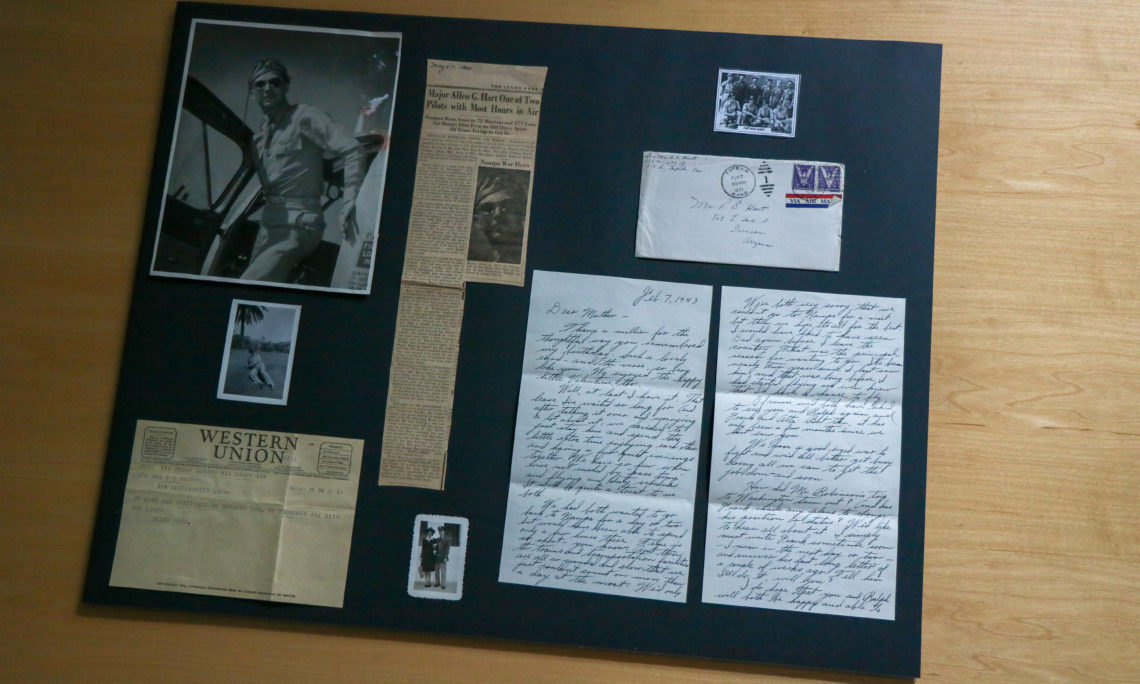 Canadian and American service members like Col. Hart have served and sacrificed alongside each other for hundreds of years, a tradition recognized by the Service and Sacrifice Initiative at a special repatriation of historic U.S. military pieces at U.S. Embassy Ottawa this week.

“From colonial times, into the 20th century with two World Wars, and continuing right up to the present, military conflicts have shaped the history of our two nations and forged an unprecedented bond between the military forces of the United States and Canada.” said Col. Rowell. “I was honored to meet the founders of the Service and Sacrifice initiative, Canadian Forces members, Honorary Colonel Kevin McCormick and Lieutenant Colonel Michael Motyl, who were joined by Mr. Marc Serré, Member of Parliament for Nickle Belt, and to be able to assist with the repatriation of the letters written by Colonel Hart.”

The Service and Sacrifice Initiative locates historic U.S. military pieces and repatriates them with family members, military museums, educational platforms and/or communities. Both Honorary Col. McCormick and Lt. Col. Motyl have donated their personal time and funds to support the project and have amassed, through auctions, private sales and other markets, hundreds of pieces of historic items representing all branches of the U.S. military and geographic regions across the nation.