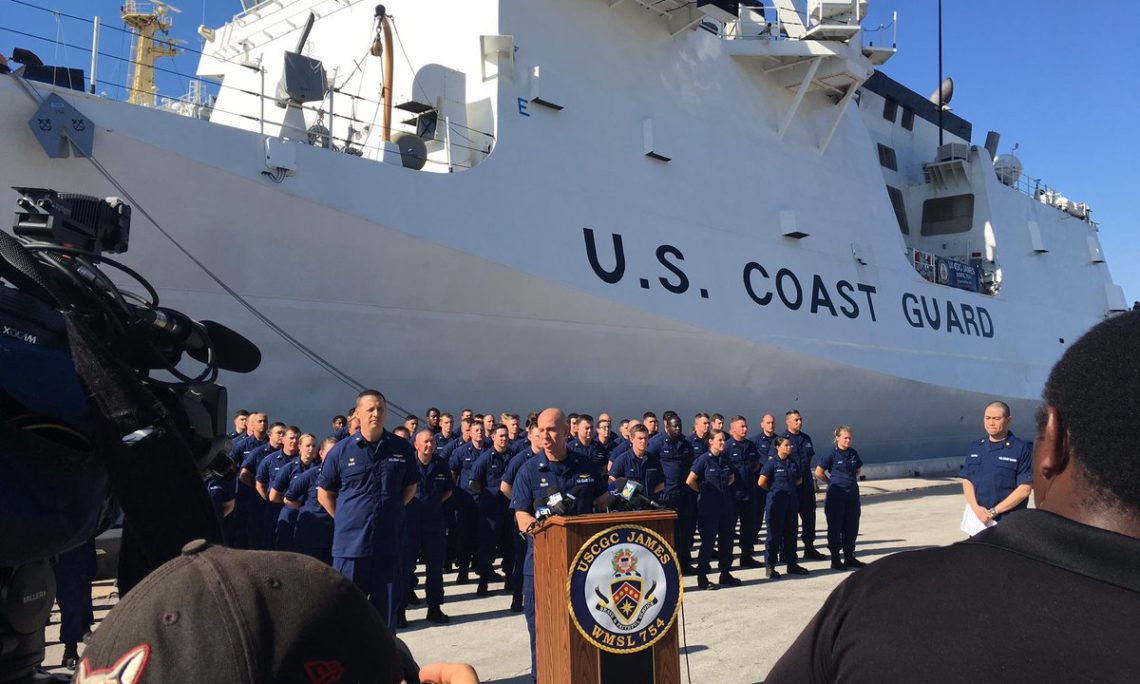 The U.S. Coast Guard Cutter James’ crew is scheduled to offload approximately 16 tons of cocaine Tuesday in Port Everglades worth an estimated $420 million wholesale seized in international waters off the Eastern Pacific Ocean.

The drugs were interdicted along Central and South America by Coast Guard and Canadian ships sailing with an embarked Coast Guard Law Enforcement Detachment (LEDET) team during a 26-day period.

Read the full story on the the U.S. Coast Guard website!