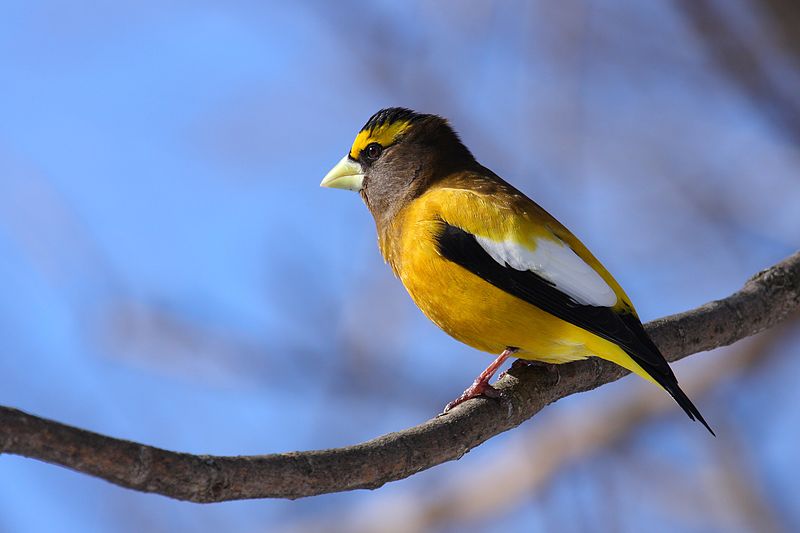 The skies of North America today provide the backdrop for celebrating a century of conservation of one group of Earth’s most treasured animals: migratory birds. On this date in 1916, the first Migratory Bird Treaty was signed between the United States and Canada. Today, the two nations mark the monumental success of this agreement.

“It’s hard to imagine the North American continent without egrets, ducks, hawks or songbirds, but at the turn of the 20th century, that’s the way things were looking,” said Dan Ashe, Director of the U.S. Fish and Wildlife Service, which has responsibility for conserving and managing migratory birds and their habitats. “This treaty marked a turning point in the fate of our shared bird life, and it continues to this day to unite efforts in the United States and Canada to protect birds across our international boundaries.”

“Our two countries’ conservation efforts have yielded real results, especially for waterfowl populations. I am proud of the work we have done, but as the recent release of The State of North America’s Birds report has shown, we have a challenging road ahead,” said Catherine McKenna, Minister of Environment and Climate Change Canada. “I know we are up to the task, and I look forward to building on our successes, together, to recover other migratory bird species.”

A century ago, birds were in trouble. Overuse of natural resources was the norm: habitat destruction and unregulated harvest for restauranteurs and feathers for the millinery trade devastated migratory bird populations. In 1914, the passenger pigeon, once the most abundant land bird in North America with an estimated population of 3-5 billion individuals, went extinct when the last bird – Martha – died at the Cincinnati Zoo.

Amidst this crisis, partners in the United States and Canada recognized the overwhelming need for collaboration to protect species that traversed or spanned their borders. They created an agreement to cooperatively manage and protect birds that migrate internationally. On August 16, 1916, the United States and Great Britain (on behalf of Canada) signed the first Migratory Bird Treaty (known in Canada as a Convention) to protect these shared natural resources. The treaty was the first international agreement forged to protect wild birds and among the first to protect any wildlife species.

“Celebrating the Centennial of the first migratory bird treaty allows us to reflect on the outstanding work that has been done with our international partners and to set the stage for what comes next in bird conservation,” said Ashe. “Make no mistake, despite our successes to date, many challenges lie ahead. Expanding human populations and climate change threaten to undo much of the remarkable ground we have gained. But it’s comforting to know we will be standing alongside our partners in Canada, Mexico, Japan and Russia in that fight for the future of our birds.”

“During the North American Leaders’ Summit this past June in Ottawa, Prime Minister Trudeau, President Obama and President Peña Nieto decided to act for the wellbeing of migratory birds and habitat conservation,” said McKenna. “They called for a plan to protect the birds of North America over the next century. Our three countries will cooperate in monitoring, research, conservation, and education activities. We must all show this level of commitment and dedication to the environment and to science if we hope to have healthy bird populations for another 100 years.”

The diversity, abundance and accessibility of migratory birds provide excellent opportunities to connect people with the natural world around them – even in their own backyards. Birds bring us great pleasure and provide significant ecological and economic benefits to communities and the environment: they control insect and rodent pest populations, limiting the need for toxic pesticides and saving farmers billions of dollars; they pollinate crops and native habitats from forests to grasslands to wetlands; bird watching and feeding generate billions of dollars for our national economy; and birds act as indicators of environmental health that is crucial to our own wellbeing.

You can celebrate the Migratory Bird Treaty Centennial by making a difference for birds too. This month, both the United States and Canada are highlighting the many ways that citizens can participate in conservation of our shared bird life. Visit fws.gov/birds or ec.gc.ca and pledge to take simple actions for birds.