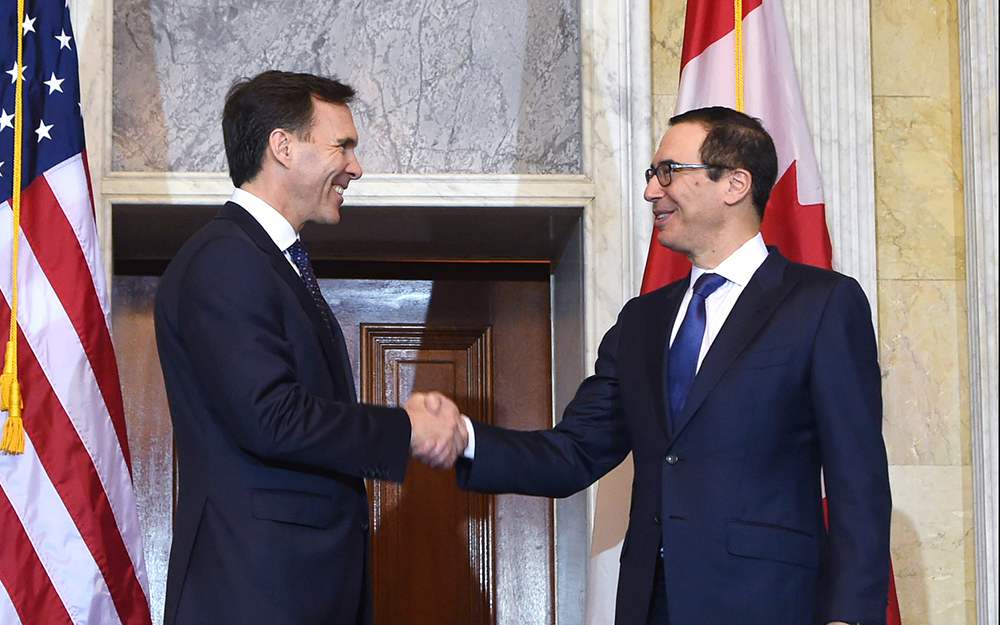 Secretary of the Treasury Steven Mnuchin met in Washington yesterday with Canada’s Minister of Finance Bill Morneau. They discussed the importance of economic growth, the trade relationship between the United States and Canada, and strong collaboration on combating the financing of terrorism and other illicit economic activity. Secretary Mnuchin looked forward to working with Minister Morneau in the G7 and G20 to advance common priorities to increase strong, sustained, and balanced global growth.