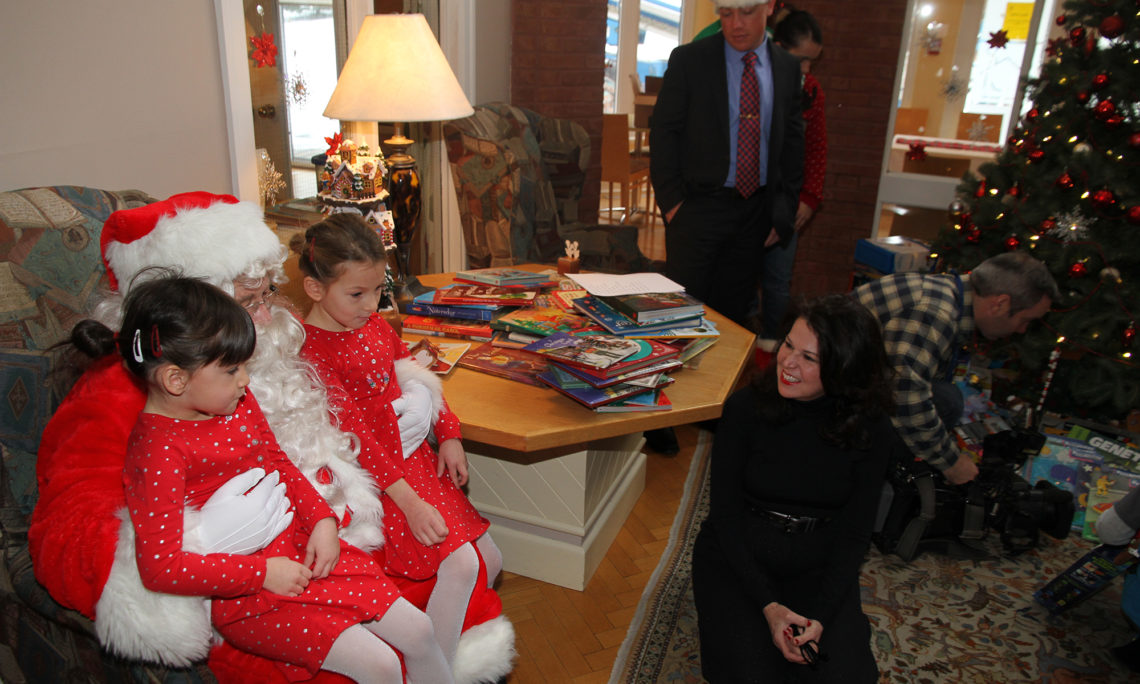 Joining the Marines were Santa Claus and his special guests: Vicki Heyman, wife of U.S. Ambassador to Canada Bruce Heyman, CTV Ottawa anchor Graham Richardson. This was the eighth year the Marines have partnered with Ronald McDonald House Ottawa to bring smiles to children’s faces during the Holiday Season.

Toys for Tots was started in 1947 in Los Angeles, California by Colonel William L. Hendricks (USMC). It welcomes donations of new, unwrapped toys during October, November and December, and delivers them to children as a message of hope and caring at Christmas. The Marine Toys for Tots Foundation was created in September 1991 as a permanent non-profit foundation, and, in 1995, the U.S. Secretary of Defense approved Toys for Tots as an official activity of the U.S. Marine Corps and an official mission of the Marine Corps Reserve.

Ronald McDonald House in Ottawa provides accommodation for children undergoing outpatient treatment and their families as well as parents whose children are in the Children’s Hospital of Eastern Ontario (CHEO). It offers families a homelike atmosphere, close to the hospital, where they can find moral support from other families.