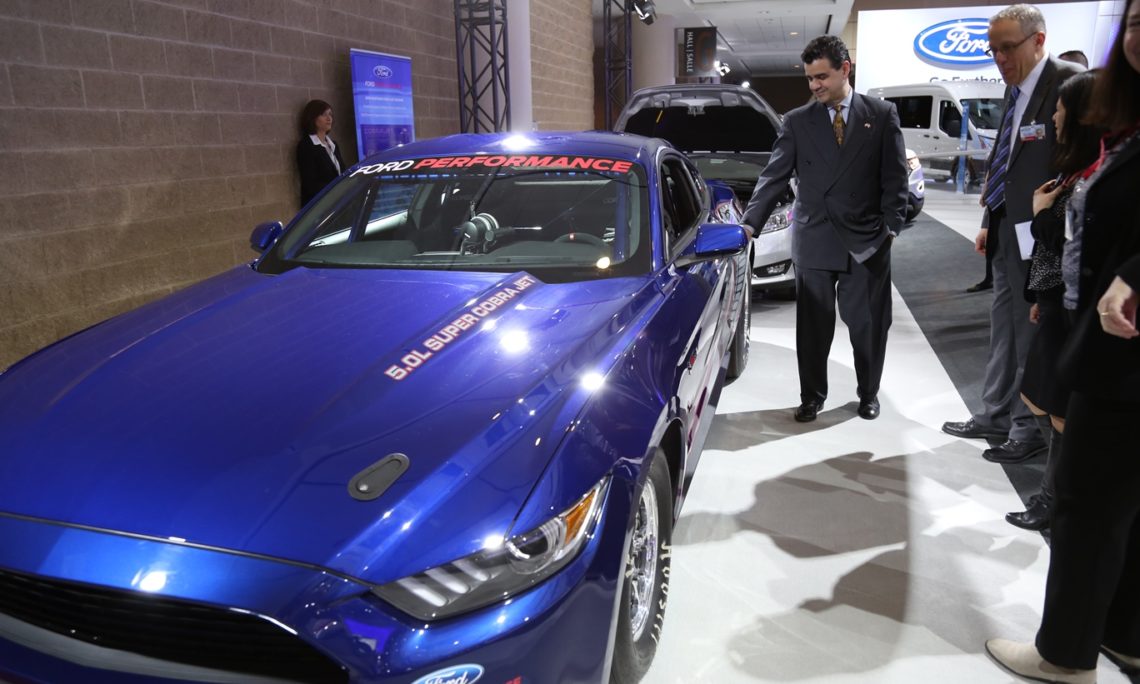 Some of the world’s most exciting cars visited Toronto as the city played host to one of Canada’s largest auto shows, the Canadian International Auto Show, on February 11, 2016. Toronto Consul General Juan Alsace toured #CIAS2016 at the Metro Toronto Convention Center and visited the booths of U.S. automakers Fiat Chrysler, General Motors, Ford, and Tesla.

The Consul General also participated in the SelectUSA Manufacturing Forum Business roundtable and receptions later on that day and was joined by several Canadian government officials, such as the Ontario Minister of the Environment and Climate Change Honorary Glenn Murray. The objective of the annual SelectUSA Manufacturing Forum Business Roundtable organized by Foreign Commercial Service in Toronto is to attract Canadian investment to the U.S. and expand U.S. exports to Canada with a primary focus on the automotive sector. This event also provides support for Beyond-the-Border and Regional Cooperation Council initiatives.

For more photos from the event, please see Flickr.