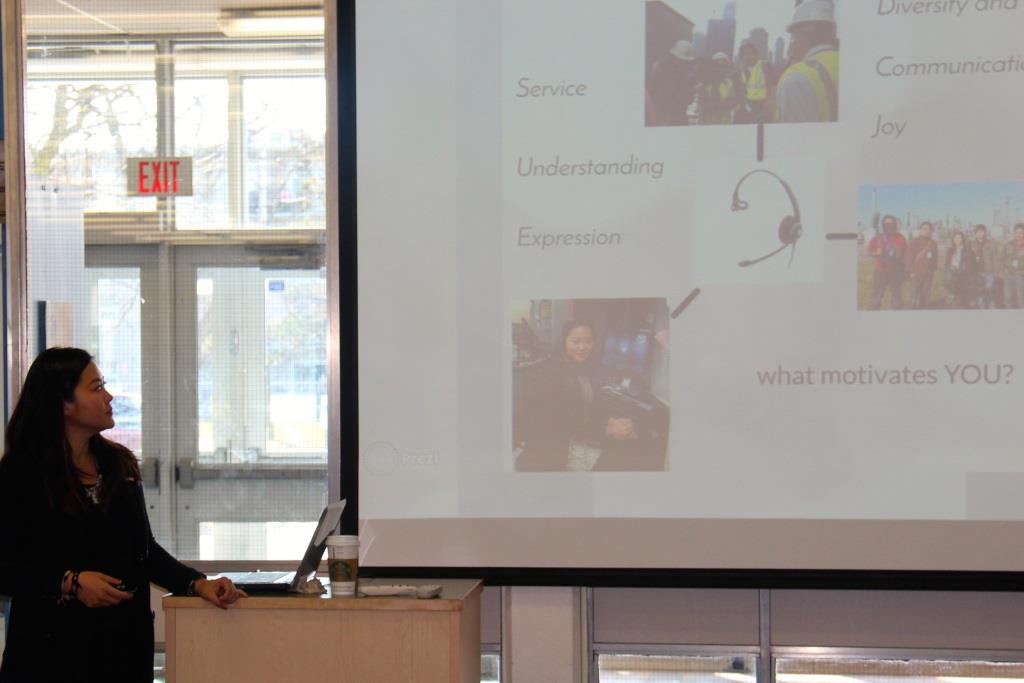 On April 8th, 2016, Vice-Consul Gloria Chou participated in an outreach event with Bramlea Secondary School in Brampton, Ontario, as a part of the U.S. Consulate Toronto’s Speakers Bureau Program. During this visit, Gloria presented on the topic of technology and diplomacy in the 21st century, and engaged in a lively discussion with the diverse student body group who were part of the school’s Model UN Chapter. Through her presentation, Chou spoke to this group of high school seniors learned about life as a diplomat, the risks and opportunities associated with technology in conducting diplomacy, and relevant topics including mentoring, networking, and mindful technology consumption. At the end of her presentation, Chou received a lot of questions from the students and awarded participation with small prizes. Bramlea Secondary School is part of the Peel School District.