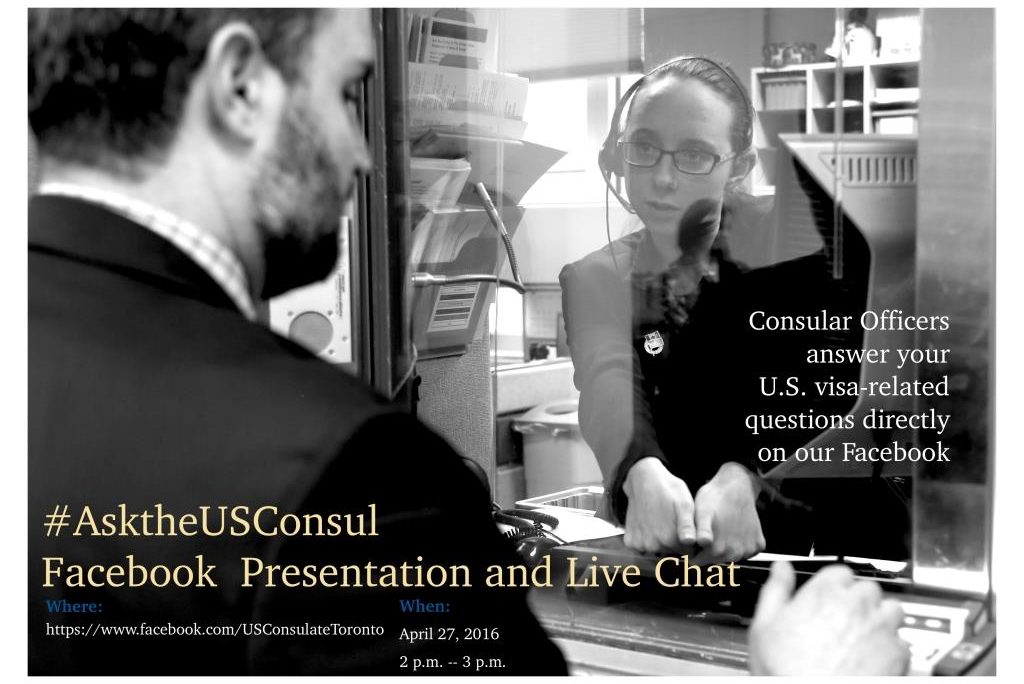 Public Affairs Section (PAS) of the U.S. Consulate General Toronto held a second #AsktheUSConsul Facebook Chat focused on student visas on April 27, 2016. This activity supports the outreach plan of the Consular Section which a main component focuses on student visas, nearly 25 percent of all visa applicants in Toronto. During this chat, PAS added a new element of a live video streaming at the beginning of the event. The 15-minute live video presentation by two Consular Officers Thomas Hwei and Shannon Petry was a great way to anchor the Facebook chat. This format allowed the audience to connect with the officers and increased engagement generating more questions and higher audience numbers. This Facebook chat reached more than 18,500 people.