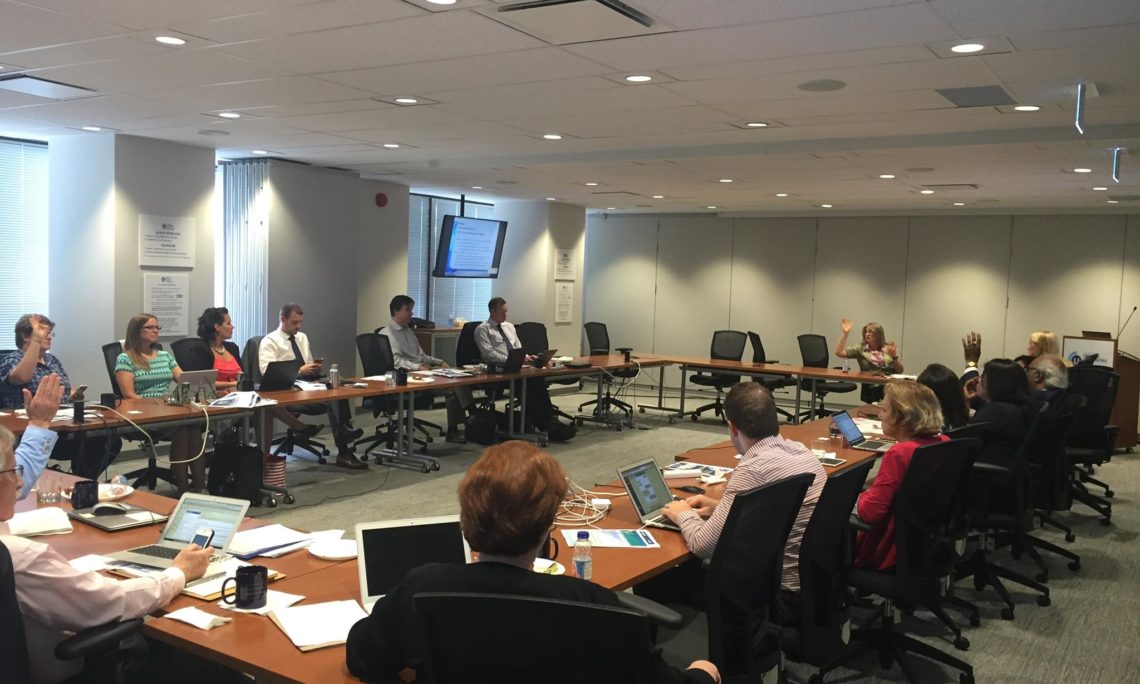 On August 18-19, 2016, the U.S. Consulate General in Toronto hosted a two-day U.S./Canada academic exchanges program with U.S. speaker expert Dr. Christa Olson as part of the Consulate’s academic exchanges working group focused on increasing student mobility. PAS Toronto also arranged two separate meetings with Ontario Universities International and the Council Of Ministers Of Education in Canada. The first day of Dr. Olson’s program was hosted by the Council of Ontario Universities and included academic exchange directors and Vice Presidents from 19 universities and colleges across Ontario, including the largest institutions in Toronto and Ottawa.

At this event, Dr. Olson led a discussion, driven by her research and experience, which focused on student mobility and the development of two-way student exchanges between post-secondary institutions in Ontario and the United States. Toronto and WHA/PDA worked together to organize a Skype call with NAFSA Director of Higher Education & Public Policy, Mark Farmer and Maggie Hug, Coordinator for President Obama’s 100,000 Strong in the Americas initiative. The second day of the program was held at the U.S. Consulate and included the participation of Fulbright Canada CEO, Michael Hawes, and 20 university representatives, many of who have participated in the Consulate-led academic exchanges working group since December 2015. At this program, PAS Toronto and the Consul General hosted a rooftop lunch and had IVLP alumni make presentations on best practices; two whom participated on an academic exchanges IVLP program and another who participated in the Women in STEM IVLP program.

During both days of the program, universities and colleges were exceedingly interested in the Consulate’s assistance in developing programs and partnerships with American institutions in order to advance bi-lateral academic exchanges. Barriers, opportunities, best practices and next steps were shared and PAS Toronto looks forward to continuing to strengthen the academic momentum through its current strategy.