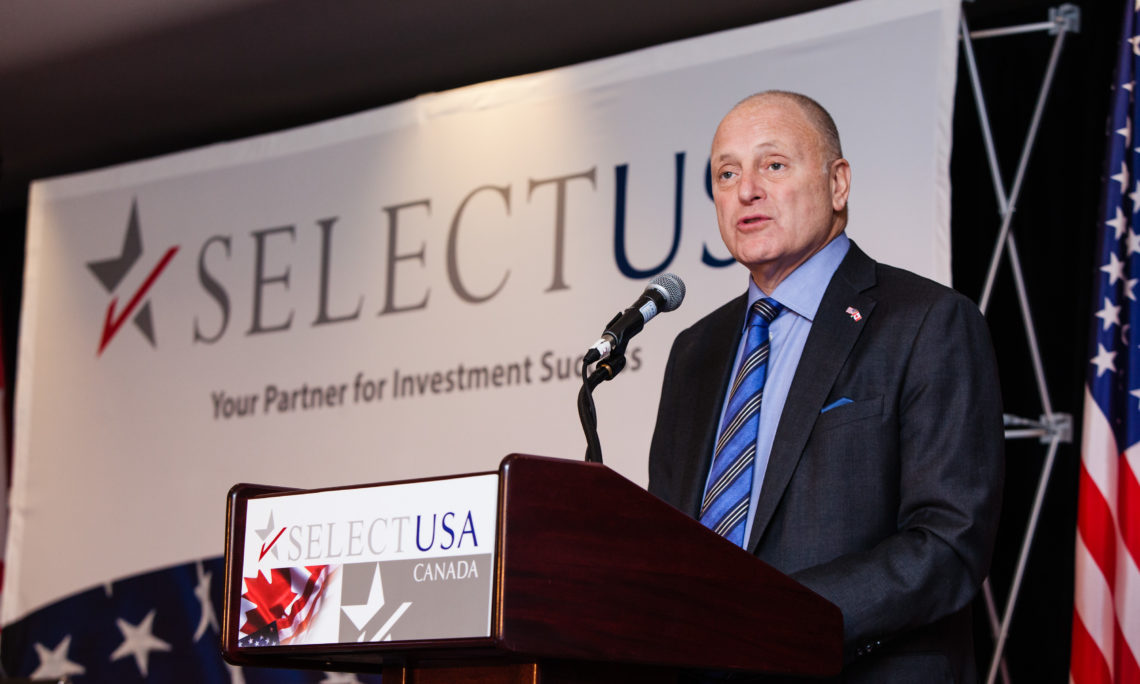 The first edition of the SelectUSA Canada Conference, themed “Expanding for Growth,” took place in Toronto on Tuesday, November 17, 2015. Building on the success of the SelectUSA Investment Summit in Washington, D.C. last March, this conference was designed for Canadian companies of all kinds, from start-ups to well-established manufacturers, from a broad range of industries and markets. The event, organized by the U.S. Commercial Service in partnership with the American Chamber of Commerce in Canada, featured a luncheon keynote address by the United States Ambassador to Canada Bruce Heyman. Following the luncheon keynote by Ambassador Heyman, an award ceremony recognized a Canadian company Champion Petfoods for its investment success in the U.S. and an announcement was made about the establishment of a new organization called the “Invest USA Committee,” a public-private partnership to bring together key players in the investment sector that share the common mission of promoting and facilitating Canadian investment in the United States.