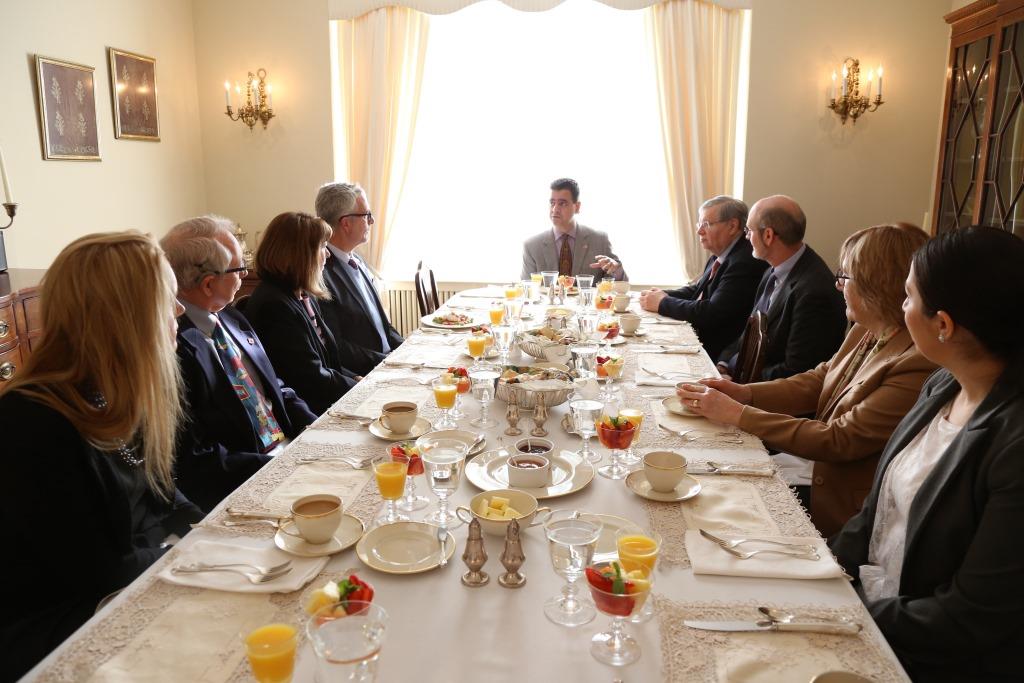 On April 14th, Toronto Consul General Alsace hosted a second alumni breakfast for State Alumni at his residence. This time for State Alumni in the academic sector which is the majority of Toronto’s alumni group. Shifting the Public Affairs Section’s (PAS) Toronto alumni outreach engagement strategy to a more focused and thematic approach has been beneficial in many ways for both the Consulate and the participants themselves. The conversation at this event centered on educational exchanges between the U.S. and Canada and the U.S. elections. The alumni at this breakfast represented York University and the University of Toronto showing the close relationship in the past that Toronto PAS has had with York’s Glendon School and Toronto’s Munk School of Global Affairs.