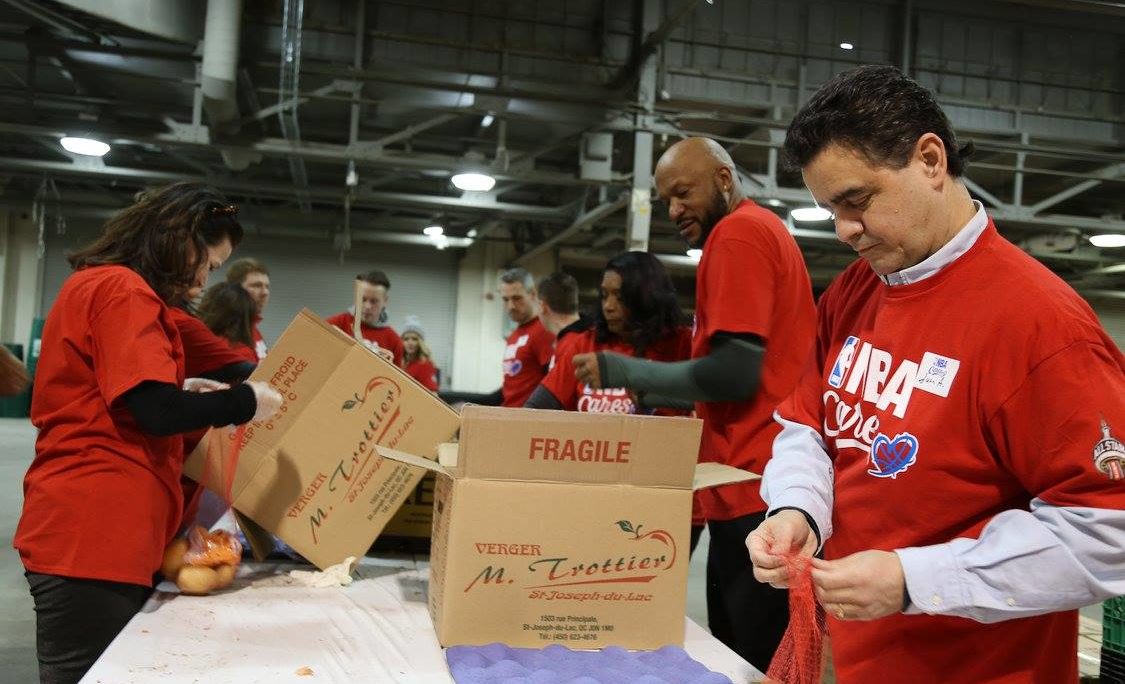 Toronto Consul General Juan Alsace, Vicki Heyman (spouse of United States Ambassador to Canada Bruce Heyman) and staff from US Consulate Toronto joined basketball stars Isaiah Austin, Ron Harper, Detlef Schrempf and nearly 1,000 members of the NBA family for an NBA Cares event during the NBA All-Star Weekend in Toronto. On Friday, February 12th, they rolled up their sleeves to sort and repack 110,000 pounds of food donations benefiting more than 30,000 Canadians in need.

During All-Star Weekend, NBA Cares held 35 community events over a four-day span, and more than 250 schools and organizations took part in activities focused on giving back to the city of Toronto.