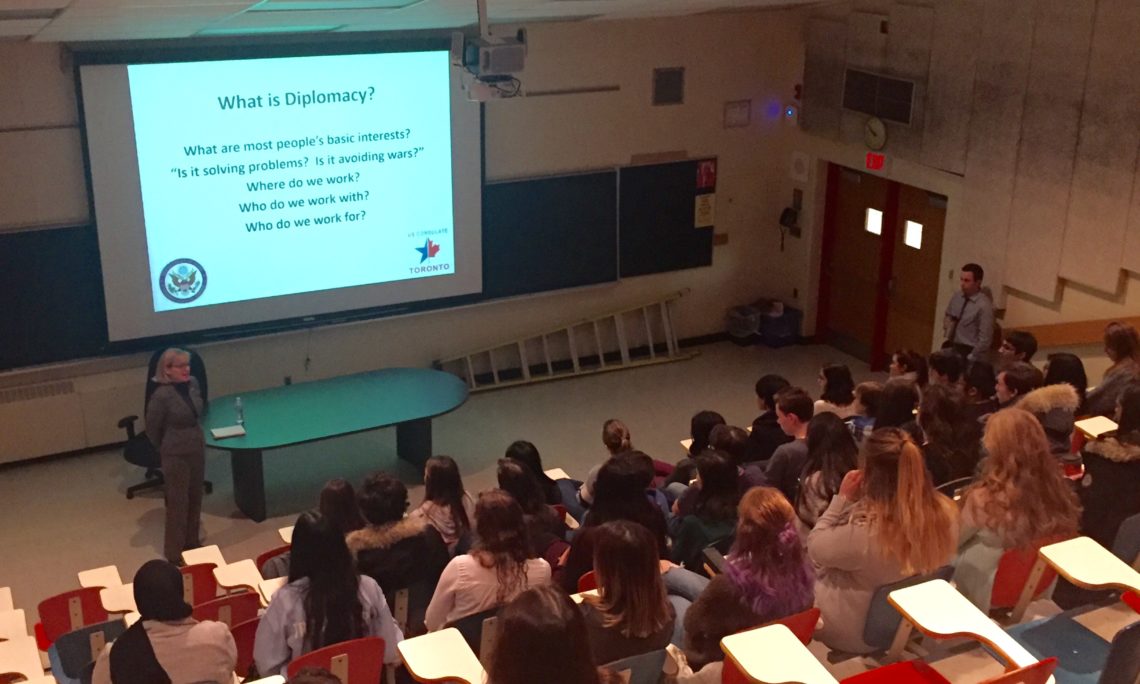 On November 22, Toronto Consular Officer Amelia VanderLaan spoke to 11th and 12th grade students participating in the International Baccalaureate Program at Georgetown District High School in the Halton School District. Amelia spoke about her background, U.S. diplomacy, the work that she does as a consular officer and on the E-visa portfolio, and then generally about U.S.–Canada trade relations. She ended her presentation with a quiz for the students on U.S.–Canada trade statistics.

On November 23, Consular Officer Deborah McFarland and PAS Cultural Assistant Claudia Valladolid conducted an outreach event with Lorne Park Secondary School in Mississauga, Ontario, as part of the U.S. Consulate Toronto’s Speakers Bureau Program. During this visit, Deborah presented on the topic of diplomacy in the 21st century and U.S./Canada economic diplomacy to a group of approximately 75 Grade 11 and 12 students in the school’s Canadian and World Studies courses. The students engaged in the question and answer session asking many questions focused on the U.S./Canada relationship post the 2016 U.S. election. Through this presentation, the students learned about diplomacy, the evolving responsibilities of a diplomat, the importance of the U.S./Canada trade relationship, Consular Affairs and what life as a American diplomat is like in Canada.