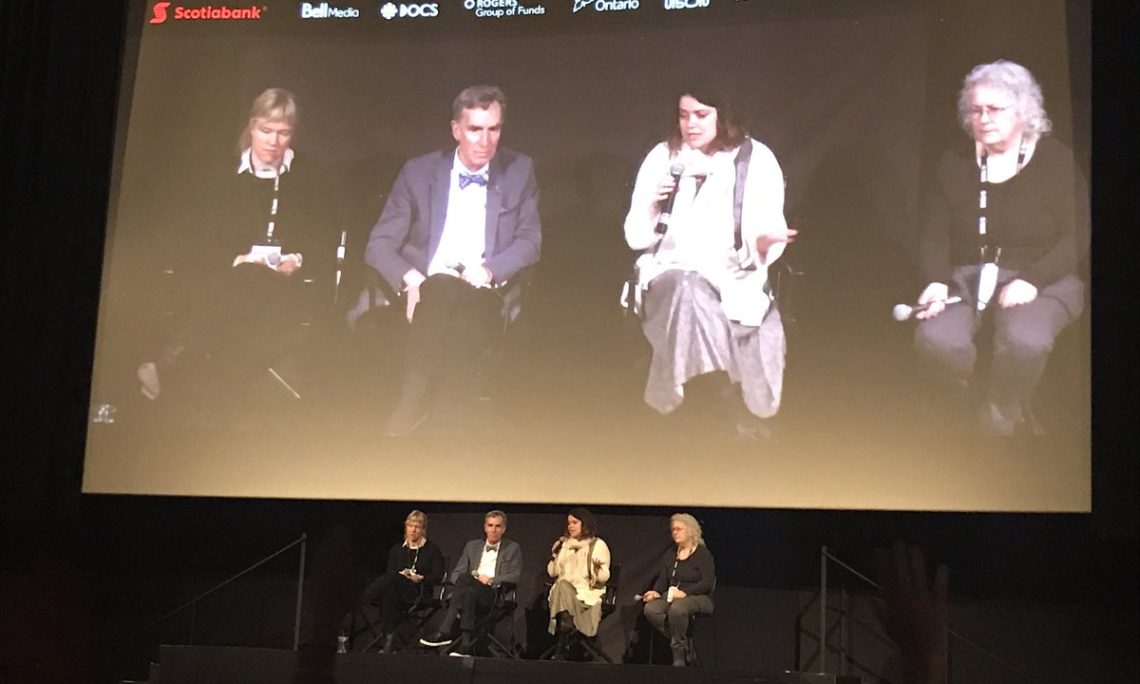 North America’s largest documentary festival Hot Docs took place in Toronto on April 27-May 7, 2017 and the U.S. Consulate supported it by funding four American films as part of the festival’s Docs For Schools program. Docs For Schools offers in-theater and in-school screening opportunities for Grades 7 to 12, complete with resource packages to help with lesson plans and links to the Ontario curriculum and plans to reach 96,000 total Canadian youth from more than 300 Ontario schools this year through its documentaries.

Step, Chasing Coral, Bill Nye: Science Guy and Dolores are the documentaries supported by the Consulate which includes the participation of the subjects and film directors in a post-film Q&A session with students. Dolores Huerta is one of the most important activists in American history and the co-founder of the first farm workers’ union in America. The documentary Dolores is a captivating and emotional tribute to Huerta’s activism and role in the development of social and cultural movements including anti-racism, feminism, LGBTQ rights and environmental justice. In Chasing Corals, director Jeff Orlowski takes the audience deep into the world’s oceans to find out why coral reefs around the globe have been vanishing. In Bill Nye The Science Guy, Bill Nye, who is known as a common science teacher for an entire generation of kids, talks about his ongoing mission which has always been the same: educating people and the new generation on the importance of science.