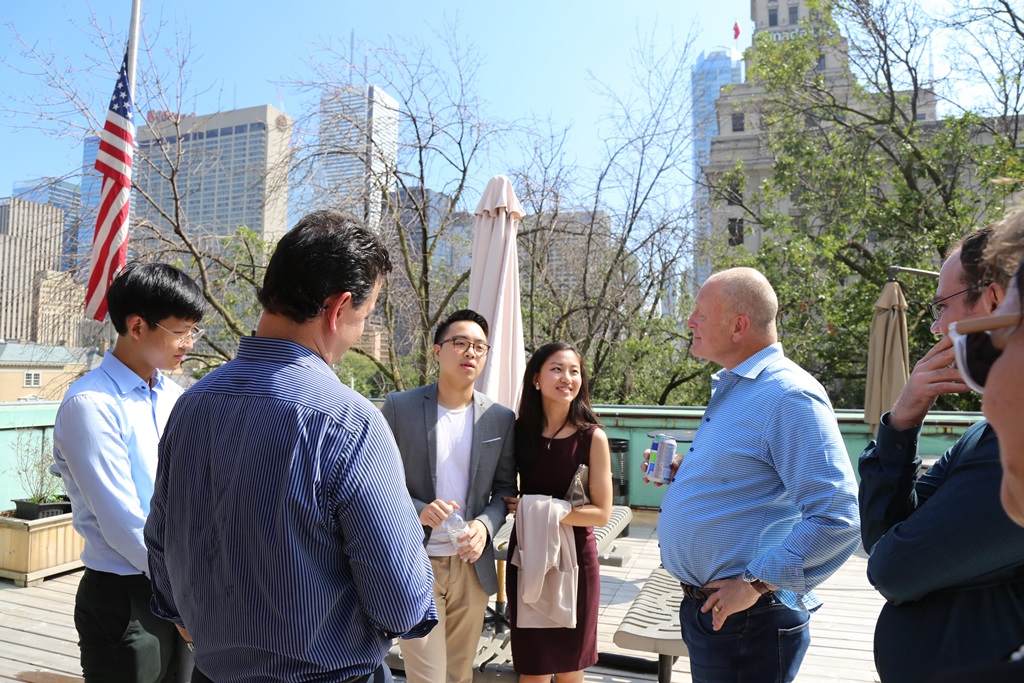 U.S. Consulate General in Toronto hosted a reception for a diverse group of Department of State alumni in Toronto on the Consulate rooftop patio on the afternoon of September 10, 2016. Ambassador Heyman, Mrs. Heyman, Consul General Alsace and Mrs. Alsace also attended the reception. After the cocktail, the group of about 30 alumni, along with the Ambassador and Consul General Alsace proceeded to the Toronto International Film Festival (TIFF) gala premier of the American movie “A Monster Calls” at Royal Thomson Hall about a lonely young boy struggling with the imminent death of his terminally ill mother. This was the fifth alumni event that the consulate has organized in the past eighteen months.