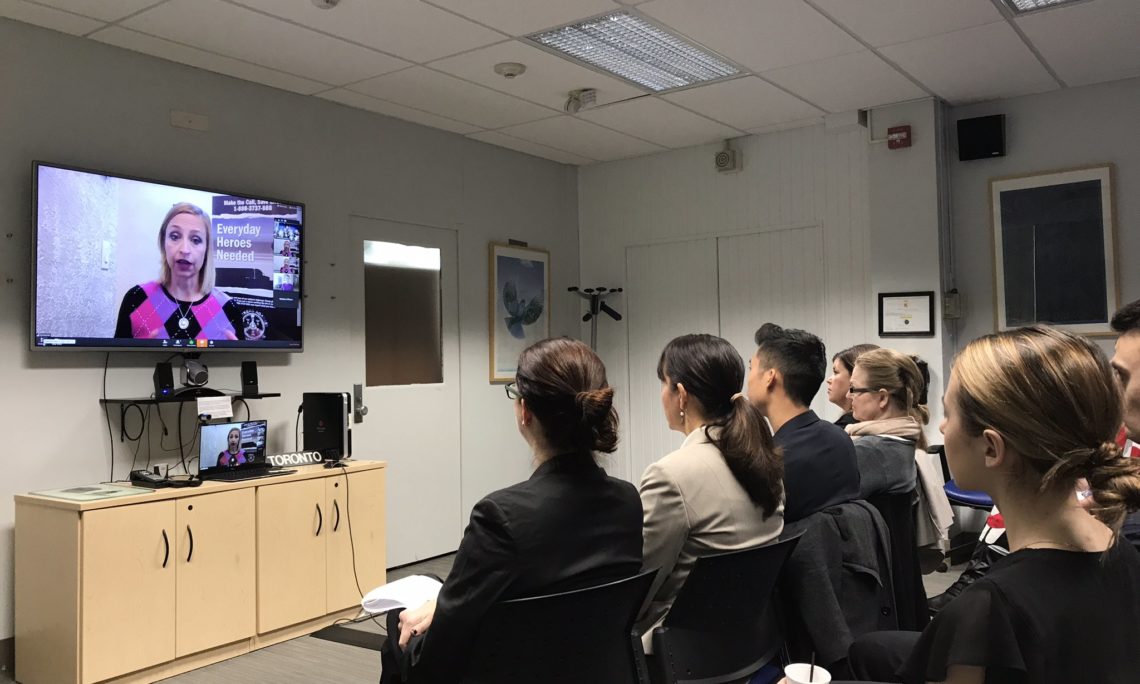 Human trafficking continues to be an under-reported crime that knows no borders and affects all countries including the United States and Canada, with over 24 million victims. In recent years, the private sector has joined government efforts to identify and combat human trafficking, or modern slavery.  Growing awareness within the tourism, transportation, financial and technology sectors has allowed professionals in these industries to spot trafficking and to know what to do when they see it. Private-sector engagement is a powerful tool to combat human trafficking, and that’s why more governments are working with business leaders to combat this criminal behavior.

The webchat featured speakers who shared their perspectives on government engagement with the private sector on implementing strategies to end human trafficking as well as increase awareness and to detect and assist victims. The expert panel consisted of the Director of Babson College’s Initiative on Human Trafficking and Modern Slavery Christina Bain, Deputy Director of Truckers against Trafficking Kylla Lanier, Special Advisor to Houston’s Mayor on Human Trafficking Minal Patel Davis and Chief Counsel for the Commission on Domestic & Sexual Violence Vivan Huelgo, who also moderated the panel. The experts answered questions from Toronto’s anti-trafficking community, including representatives from law enforcement, border security, academia, government and the non-profit sector.  They also answered questions on-line from participants around the world, allowing the audience to gain perspectives from across the Americas and Africa.

The webchat is a part of a series of activities designed to strengthen the bilateral partnership in the fight against human trafficking.

A recording of the webchat is available at: https://goo.gl/o8bgxb