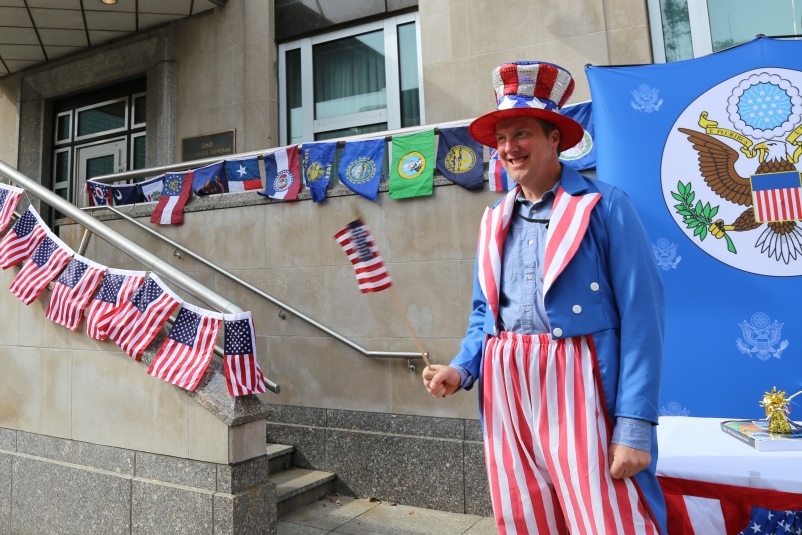 The U.S. Consulate General in Toronto is pleased to host an evening watch event for the 2016 United States Presidential Election on Tuesday, November 8, 2016. United States Consul General Juan Alsace and other consulate officials will be joined by the local officials, experts and academia to watch the election results.

Media are invited to join attend this event which details follow:

Please note that the attendance will be limited to those who have RSVP’d. Please RSVP to Madina Turdieva, Media Specialist for U.S. Consulate General Toronto, at TurdievaM@state.gov by November 1, 2016 along with the full name, date of birth and equipment to be used during the event. Media outlets can RSVP for several reporters at the same time. Journalist and their equipment will be screened prior to entry into the event space.  Media-related inquiries should also be submitted via the above-mentioned email.