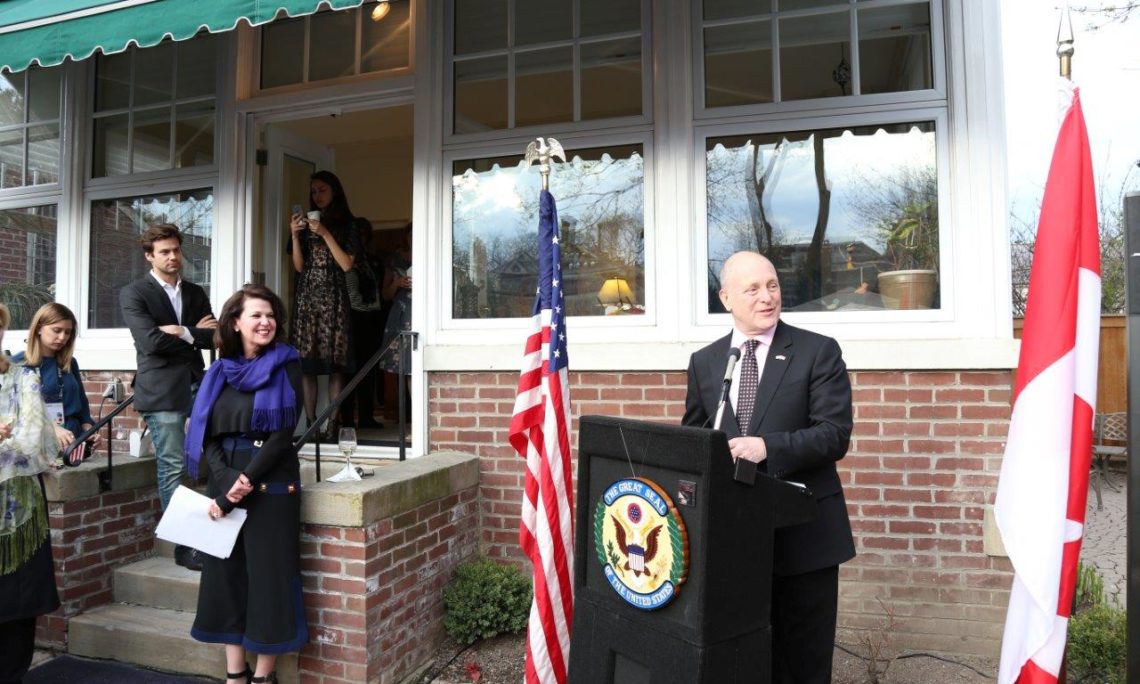 On May 3rd, the U.S. Consulate in Toronto along with Ambassador Heyman, Mrs. Heyman and the Hot Docs Canadian International Documentary Film Festival hosted a cocktail reception in honor of American filmmakers and directors present for this year’s 10 day festival. Hot Docs, which organizes North America’s largest documentary festival in Toronto every year, welcomed 441 U.S. delegates and featured 84 American films in the 2016 Festival, eighteen of which had their World Premiere.

In addition to the filmmakers and directors, cultural contacts from across the Toronto area also attended the reception. The American films at the festival addressed various topics including: LGBT issues (Check It, Suited, The Pearl), the environment (Age of Consequences, How to Let Go of the World and Love All the Things Climate Can’t Change), empowerment of women (What Tomorrow Brings, Trapped, Ovarian Psycos), disability rights and mental health (God Knows Where I am) and gun control (Tower, Under the Gun).

As well, the U.S. Consulate General in Toronto supported two high profile American films through a U.S. Mission grant to be a part of the Docs for Schools in-cinema festival program. The film “Check It” is about a group of bullied youth who ban together to assert themselves, and “Audrie & Daisy” is about two teenagers who are raped by acquaintances. These documentaries provide powerful messages on empowerment to the youth audiences who will see these films during the Docs for Schools program, over 700 students.