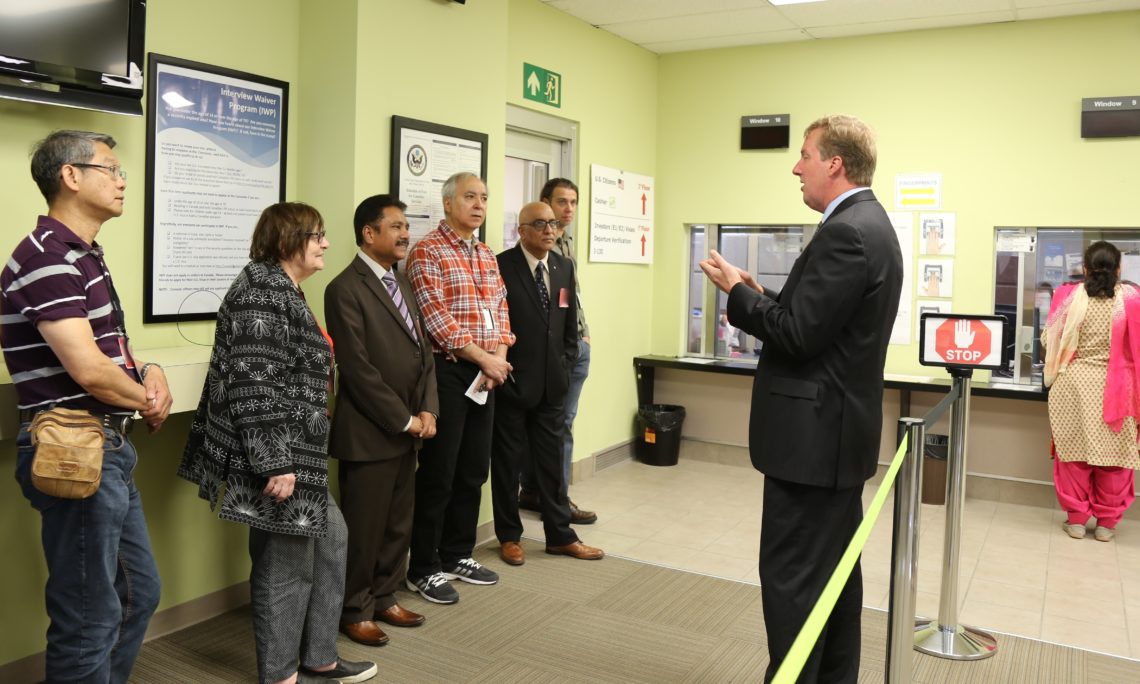 The U.S. Consulate General Toronto hosted 7 ethnic media outlets to visit its Consular Section for a tour and briefing on Thursday, June 9, 2016. The group was composed of print, online, and broadcast media that provide services to targeted ethnic populations residing in Canada from China, India, Pakistan, Iran, and Russia. Consul General Juan Alsace welcomed the media with brief remarks expressing excitement at the opportunity to offer this tour for the first time to ethnic media. He touched on the unique fabric of consular operations in Toronto in comparison to the Embassy and other posts, the diversity of the visa applicants received, and the importance of international students in higher education in the United States. He conducted a short Q&A session before introducing Consular Section Chief Scott Renner who then presented an overview of the application process from the applicant’s perspective. He also emphasized the intent of the event was to enhance the transfer of information from the U.S. Consulate General Toronto to the potential visa applicants of different ethnic populations who are their current audiences. He provided more detailed information regarding scenarios in the visa application process specific to some of the represented ethnic groups and answered questions from the journalists on different visa classes. Following the presentation, the Consular Section Chief led the ethnic media group through the applicant’s experience touring both the Non-Immigrant Visa and American Citizen Services Sections. The event concluded with an on-the-record, in-depth Q&A with Scott Renner where the visa application processes were further discussed.