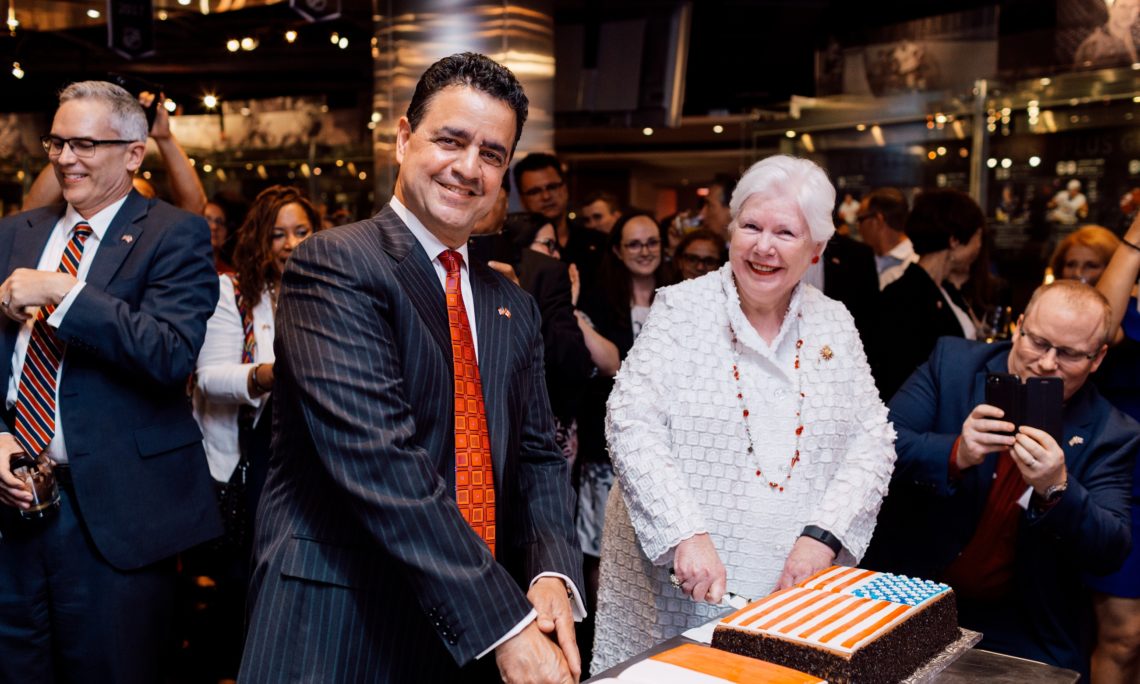 On July 6, 2017, the US Consulate General in Toronto brought together American and Canadian honorable guests, friends and colleagues to celebrate U.S. Independence Day and Canada’s 150th Anniversary at the Hockey Hall of Fame. “This is a noteworthy and remarkable year for our two nations, brought together as friends, as much by history as by geography,” said Consul General Juan Alsace quoting President Kennedy. “What an honor it is to be here for the Canada 150 milestone in Canada’s history and share with you in celebrating the 241st anniversary of American independence”. Lieutenant Governor of Ontario Elizabeth Dowdeswell was in attendance, and noted “Our countries have more similarities than differences” during her remarks.