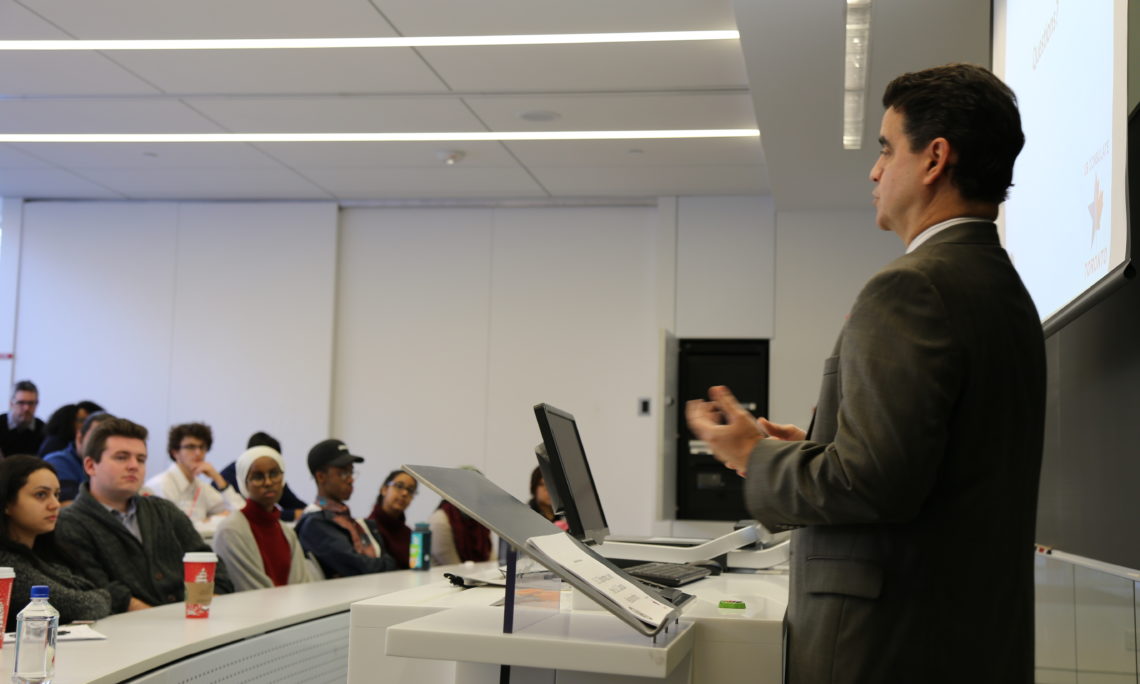 To celebrate the benefits of international education and exchange worldwide and empower youth through international education, the U.S. Consulate General in Toronto visited several schools and universities to celebrate International Education Week. On November 10, 2016, Consul General Juan Alsace spoke to American Studies Students at Glendon College of York University. He gave a short presentation and then answered questions from students on his life as a diplomat, the U.S. and Canada relationship, and the U.S. Consulate General in Toronto’s role.

On November 16, 2016, as part of the Consulate’s Speakers Bureau Program, Consular Officer Frankie Day visited the Iroquois Ridge High School in Oakville, Ontario. She gave a presentation to about 150 students from the Gifted and Talented Program about U.S. diplomacy, the U.S. Consulate General in Toronto and what it is like to work as a diplomat. She had a very interactive conversation with the students who asked her a lot of questions about what she did every day as a diplomat and her educational and career path before becoming a diplomat. She also promoted educational exchanges and working abroad as an excellent way to gain experience that advances your career and educational opportunities.

The U.S. Consulate General in Toronto has developed the “Speakers Bureau” to organize speaking programs to reach the high-school audience and build institutional relationships with secondary schools in the Greater Toronto Area.