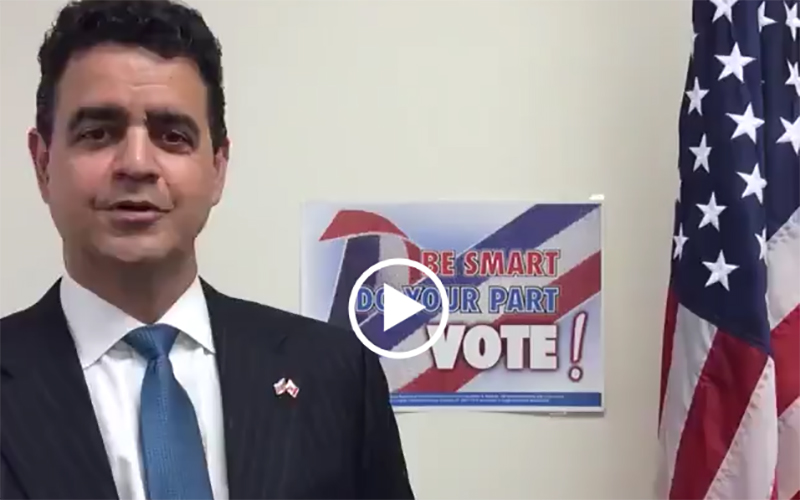 As part of the Consulate’s Absentee Voter Registration Social Media Campaign, the U.S. Consulate General in Toronto produced a short video for its social media platforms. On this video, Consul General Juan Alsace walks the viewers through the absentee voting process, and then votes and returns his ballot. He also calls for the approximately 600,000 U.S. citizens in Ontario to participate in the upcoming election by registering and submitting their ballots using the guidelines on the Federal Voting Assistant Program web site at https://www.fvap.gov/. This video was just part of the Consulate’s continued efforts to produce social media content on voting promotion for the past several months prior to the November 8th election.