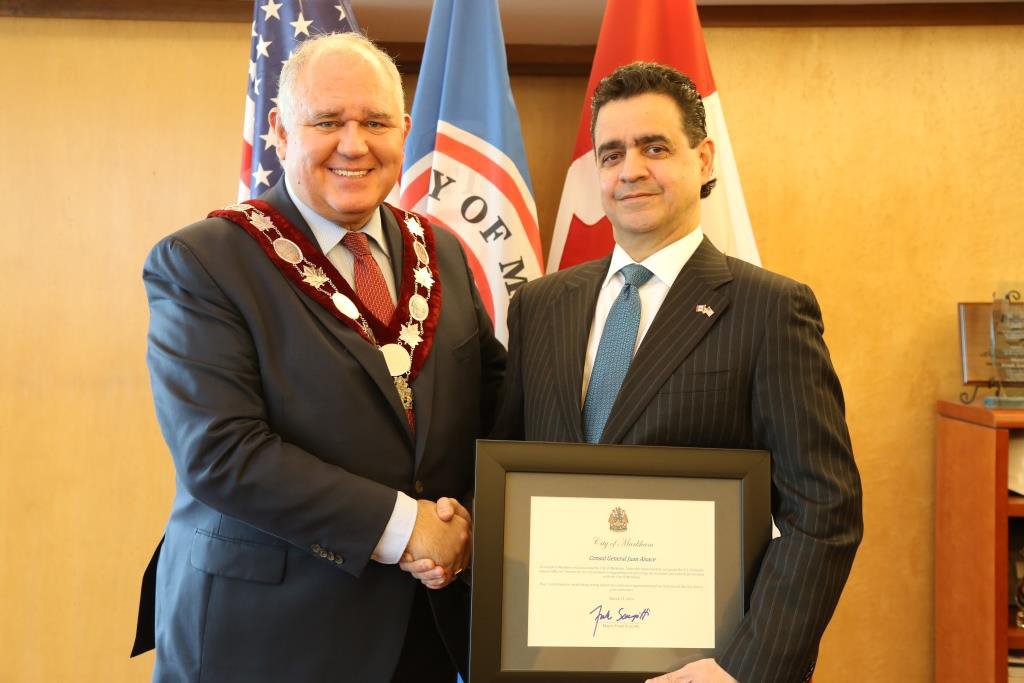 “I am pleased to be here in Markham, a city that exemplifies diversity and innovation, to share some thoughts on the extraordinary U.S.-Canada relationship and the important role that cities like Markham play in a vibrant and growing bi-national economy,” said the Consul General during his remarks to the Committee. “Your input as stakeholders and public and private sector leaders is deeply valuable as we continue to grow our economies and communities.”

The City of Markham has a population of approximately 400,000. It is the fourth-largest community in the Greater Toronto Area and home to nearly 900 high technology and life sciences companies.