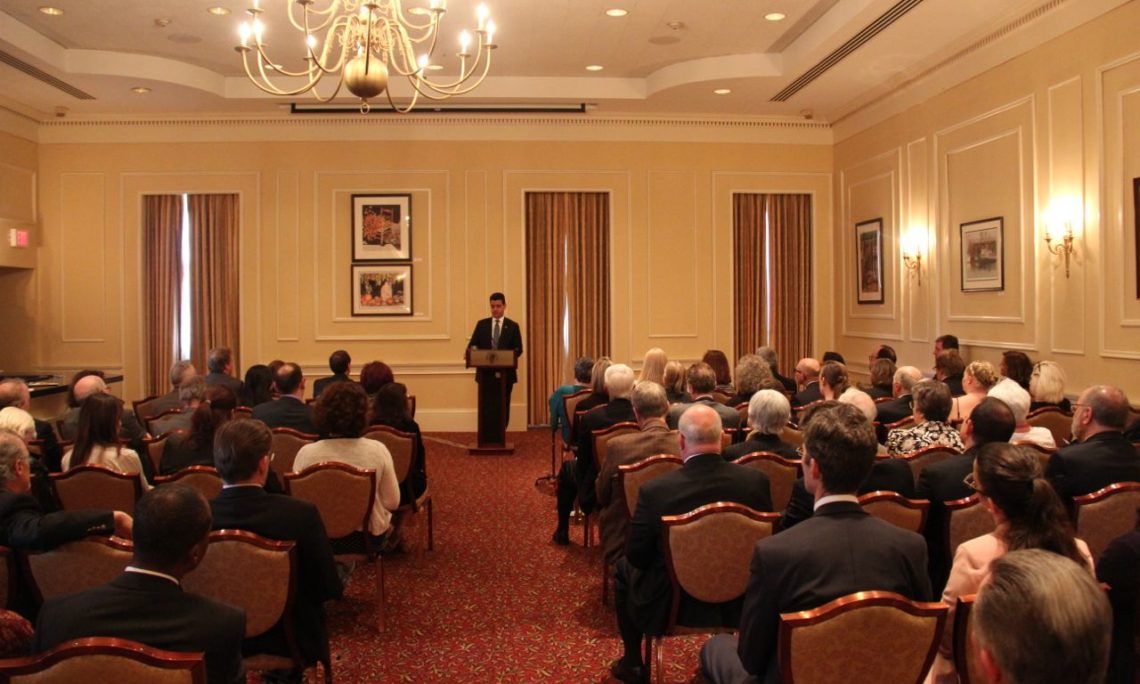 On April 21st, Consul General Juan Alsace visited Buffalo, New York to deliver a speech at the Upstate New York Cross-Border Reception, hosted at the Buffalo Club. The event was co-sponsored by the Upstate New York Chapter of the American Immigration Lawyers Association, the Buffalo Niagara Enterprise, the Buffalo World Trade Association, and the Returned Peace Corps Volunteers of Buffalo. The speech highlighted the U.S.-Canada bilateral relationship, citing Toronto’s work in consular services, trade facilitation, water management, and efforts to increase academic exchanges. While in Buffalo, the Consul General also visited SUNY- University at Buffalo and met with President Dr. Satish K. Tripathi. During the meeting, the Consul General shared the work that the Consulate is doing in the field of academic exchanges and discussed ways to encourage cross border collaboration between universities. On April 22, the Consul General also met with the Executive Director of the Albright-Knox Art Gallery to discuss visual arts projects and cross-border collaboration within the Great Lakes region.