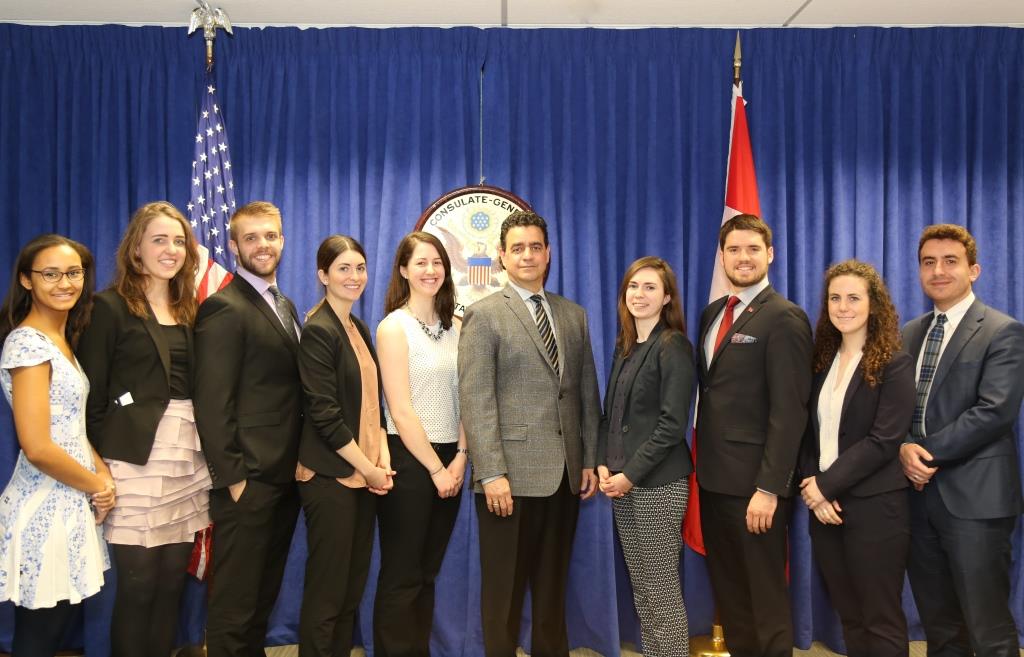 On April 1, 2016, Toronto Consul General Juan Alsace hosted Ontario Legislature Internship Program (OLIP) interns for a meeting and discussion on U.S. politics, the U.S. elections and the Consul General’s experience as a diplomat. This meeting was requested in preparation of the intern’s trip to the State Legislature in Columbus, Ohio which took place in late April. As a part of their ten-month program, the group of ten interns talked about their research projects and their current legislative assignments. OLIP was established in 1975 and is a non-partisan organization not associated with any political party. It is administered by the Canadian Political Science Association, which facilitates and promotes the study of politics and government in Canada and connects students, researchers, journalists, practitioners, teachers to international resources for the study of politics and government. OLIP is supported by a financial grant from the Legislative Assembly of Ontario.