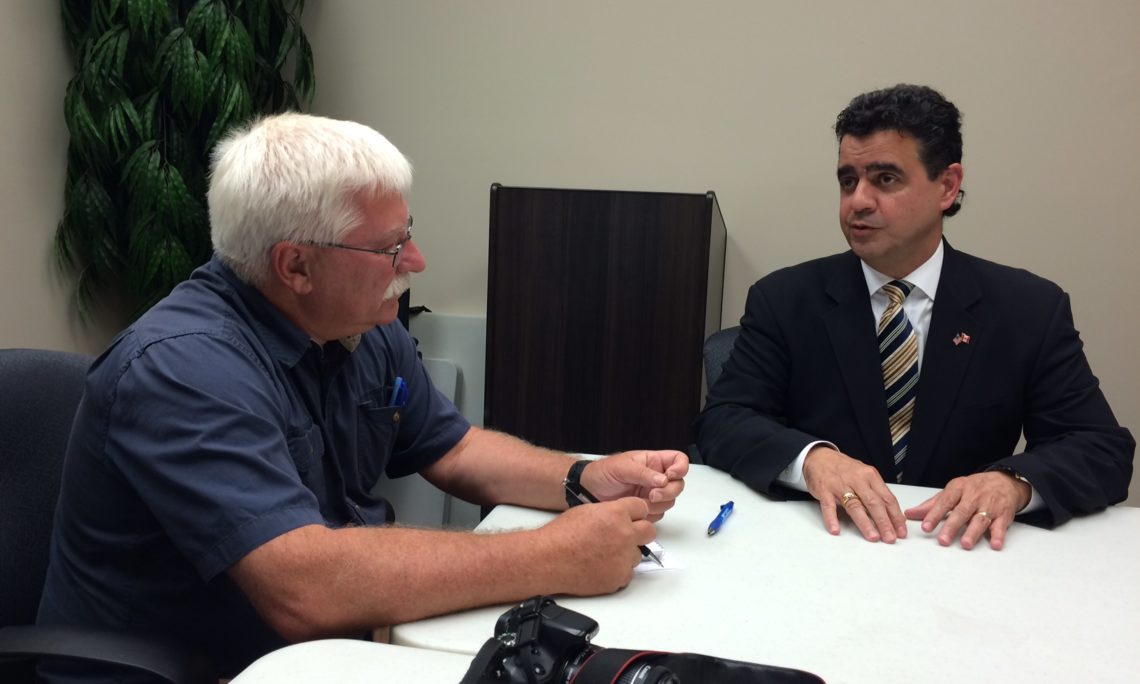 Consul General Juan Alsace was interviewed by daily newspapers The Sudbury Star and The North Bay Nugget during a recent visit to Sudbury and North Bay. The Consul General informed the readers about his meetings with business, law enforcement, and various government representatives as well as academic institutions that are key to U.S.- Canadian bilateral relations in the area. The Consul General noted that there are plenty of opportunities for Canadian – and particularly Northern Ontario – companies to invest south of the border.

“Things are pretty nice, but they can still get better,” he said, pointing to efforts to ease border obstacles to trade. He also pointed out that the Canadian and U.S. auto industries are a prime example of how close the two economies can work together. In addition to highlighting economic, business, and educational opportunities, the Consul General mentioned the U.S. Citizen Services Section at the U.S. Consulate General in Toronto and called on the Americans residing in Ontario to participate in this November’s presidential elections as absentee voters.