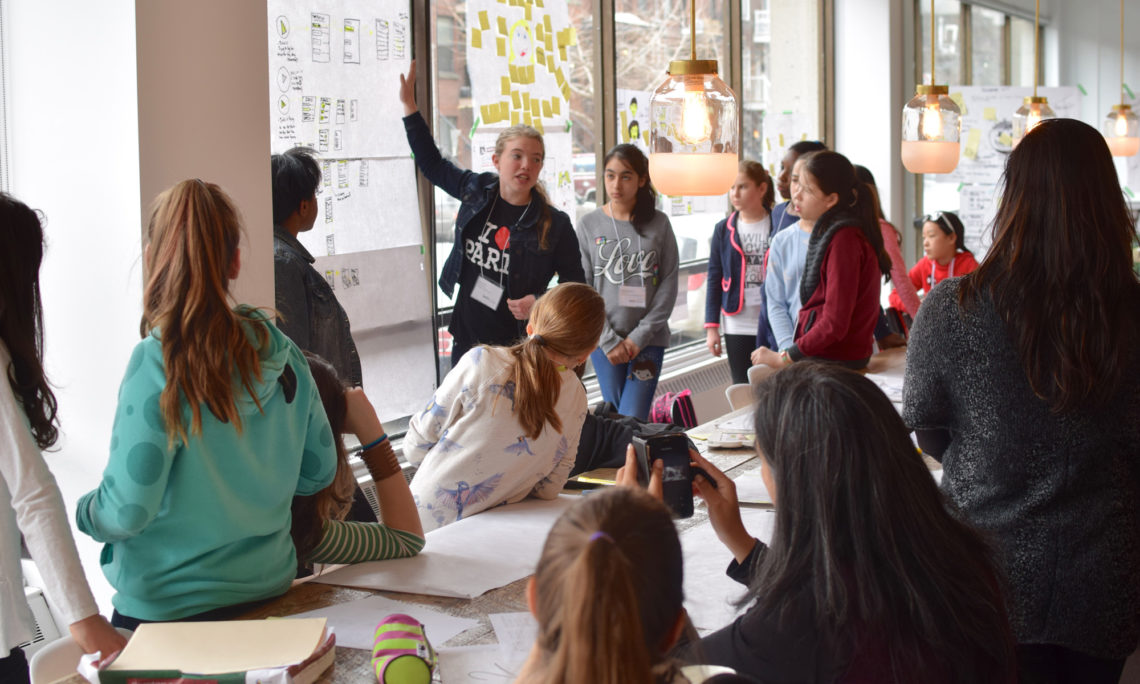 The Ottawa Chapter of Women Power Technology, with support from the Embassy of the United States in Ottawa, will host the final competition of the Technovation Challenge on April 30 at Carleton University. More than 100 girls will conclude a 12-week program on technology and innovation as they pitch their original apps to a panel of judges.

Technovation is a global technology entrepreneurship and competition for young women that sets out to prove there is more to the technology sector than just coding. The program educates and inspires young women to pursue a career in technology by showing them all aspects of a technology business. The concept was born in 2010 in Silicon Valley.

Over the course of 12 weeks, the program taught 23 teams of up to five young women how to create and code an app that will solve a problem in their community. The program also taught them how to build a company, launch their app, and pitch their plan to experts in the field. The teams learned algorithmic thinking and programming, the societal impact of information and information technology, and how to present their ideas to others.

Organizers are available for interviews before and after the event upon request.

Media are welcome to attend any part of the event. Judging of the final pitches will begin at 3 p.m.

About Technovation Challenge
Every year, Technovation challenges girls all over the world to build a mobile app that will address a community problem. Since 2010, 5,000 girls from 28 countries have submitted to Technovation, thanks to dedicated volunteers around the world. Girls do not need to have programming experience to participate, and Technovation is free for any girl who wants to participate.

Technovation’s success in changing girls’ attitudes about technology and entrepreneurship relies on local volunteers. Volunteer Coaches recruit teams of girls to work with female mentors. Together, they come up with an app idea, conduct user research, create a business plan, and build the app prototype. Leaders from the technology and business sectors judge the submissions and provide feedback to the teams.

Regional Technovation Chapters contact local high schools to introduce the program and recruit teams of high school girls. Thanks to the efforts of Jennifer Francis, chair of Women Powering Technology, an Ottawa Chapter of Technovation started in January 2015.