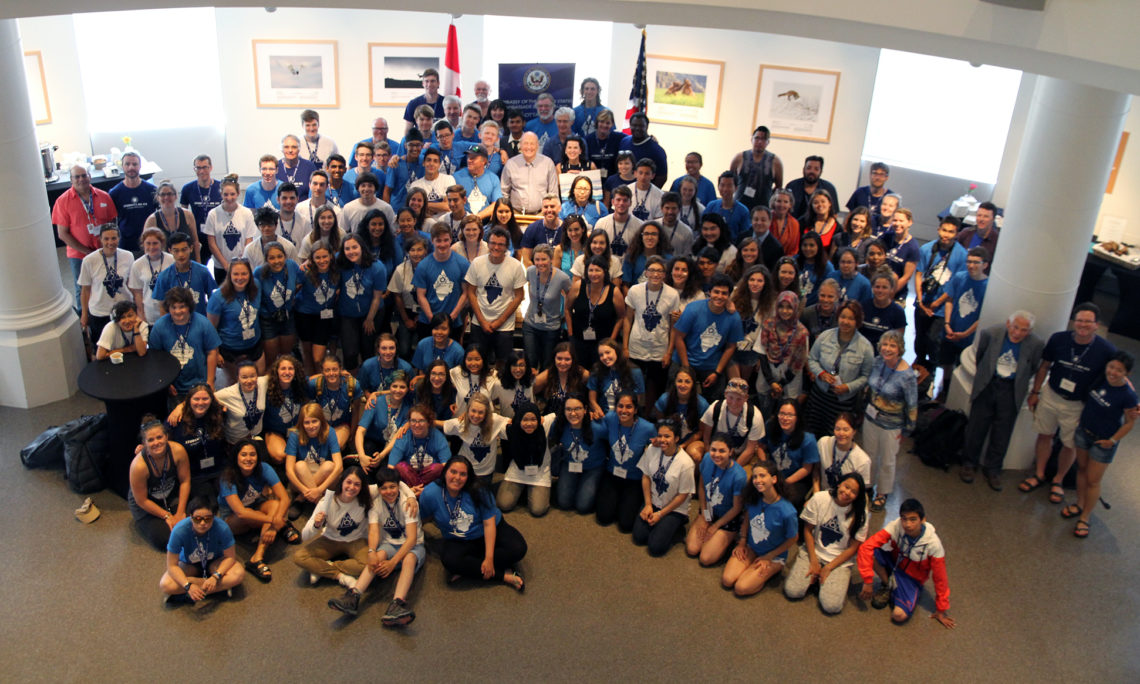 Students on Ice participants pose with Ambassador Bruce Heyman and his wife, Vicki, at the Canadian Museum of Nature. (Credit US Embassy Ottawa)

At a breakfast honoring Students on Ice as they returned from their Summer 2016 Arctic tour, United States Ambassador to Canada Bruce Heyman told the assembled youth about the new role they were now fulfilling.

“You are all ambassadors for the Arctic,” he said, to more than 100 young people who had gathered from across Canada and nearly a dozen other countries.

The students arrived in Ottawa late on August 4, following a two-week expedition across Northern Canada and Greenland. During their journey, they met political and community leaders, scientists, artists, leaders, and explorers, as well as with people who call the North their home. They were welcomed back to Ottawa with a breakfast at the Canadian Museum of Nature.

During the welcome breakfast, Ambassador Heyman asked the assembled students what messages they would want to send to Secretary of State John Kerry and the Arctic Council during the U.S. Chairmanship of the organization. In response, several students talked about how deeply they had been moved by the Arctic wilderness and its people, and how much they wanted to see its fragile ecosystem protected.

Students on Ice is an award-winning organization that seeks to educate the world’s youth about the importance of the earth’s polar regions by offering unique educational expeditions to the Arctic and the Antarctic. Since 2000, the Foundation has taken more than 2,500 youth from 52 countries to the polar regions. The United States Embassy in Ottawa is a proud partner of the organization, and has helped send students and researchers on its three most recent Arctic trips. For more on Students on Ice, visit studentsonice.com.