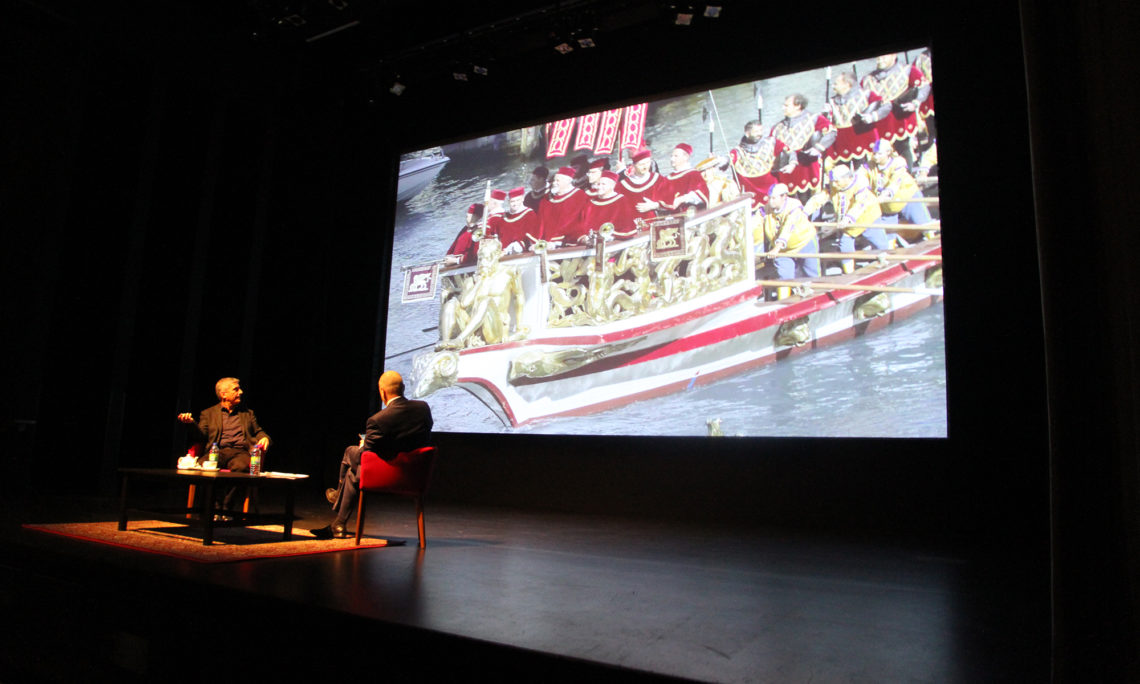 Photographer Stephen Wilkes discusses his work with Ambassador Bruce Heyman as part of the Contemporary Conversations series at the National Gallery of Canada.

Time, history and memory: those were the topics of conversation as American photographer Stephen Wilkes came to Ottawa as the final guest in the 2015 edition of the Contemporary Conversations series.

Appearing before an overflow audience at the National Gallery of Canada last night, Wilkes and Ambassador Bruce Heyman talked for over an hour about some of Wilkes’ most famous works. Among their topics of conversation: “Ellis Island”, a haunting look at the historic Immigrant Inspection Station located in New York City’s East River; “Bethlehem Steel”, a series in which Wilkes gained access to a crumbling steel mill in Pennsylvania days; and “Day to Night”, Wilkes’ ambitious series in which he captures an entire day at iconic locations in a single photograph.

“I’m trying to expand people’s peripheral vision,” Wilkes said when discussing the latter series, explaining that works like “Central Park”, “Coney Island” and “Presidential Inauguration 2013” were the end result of thousands of pictures taken over the course of a single day.