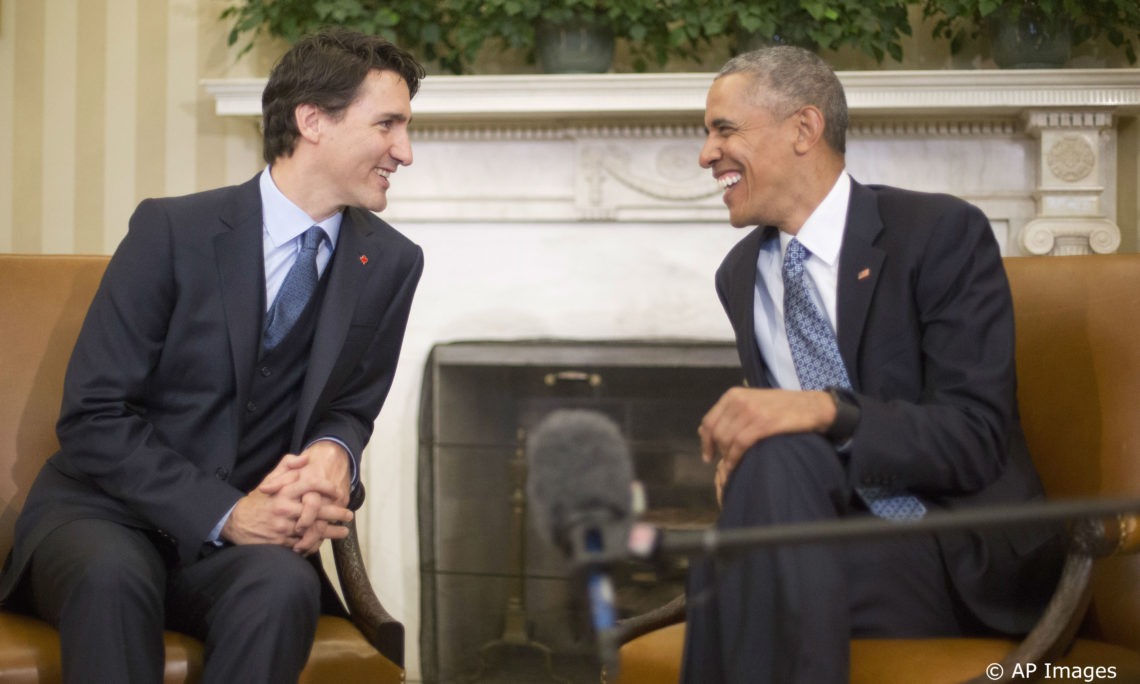 U.S. Ambassador to Canada Bruce A. Heyman issued the following statement regarding the President’s visit to Canada for the North American Leaders’ Summit:

“I am pleased to announce that President Obama will travel to Ottawa on June 29 for the North American Leaders’ Summit, where he will meet with Prime Minister Justin Trudeau and President Enrique Peña Nieto of Mexico. The Summit is further recognition of the value of a more integrated North America to advance the security and prosperity of the continent. It also highlights the importance of continuing to strengthen the bilateral and trilateral ties between United States, Canada, and Mexico. While in Ottawa, President Obama will also address a joint session of Parliament. The last North American Leaders’ Summit was hosted by President Peña Nieto in 2014 in Toluca, Mexico.”